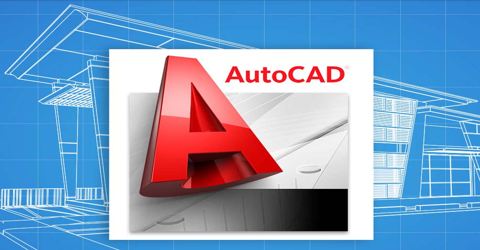 AutoCAD is a computer-aided design (CAD) program used for 2-D and 3-D design and drafting. AutoCAD is developed and marketed by Autodesk Inc. and was one of the initial CAD programs that could be executed on personal computers.

It is used across a wide range of industries, by architects, project managers, engineers, graphic designers, and many other professionals. It is supported by 750 training centers worldwide as of 1994.

AutoCAD is a de facto standard with numerous add-ons available for enhanced functionality. Originally developed for CP/M machines in the early 1980s, AutoCAD was one of the first CAD programs for personal computers. Most graphics applications import and export AutoCAD’s native DXF file format. AutoCAD LT is an entry-level version for Windows.

It was derived from a program begun in 1977 and released in 1979 called Interact CAD, also referred to in early Autodesk documents as MicroCAD, which was written prior to Autodesk’s (then Marinchip Software Partners) formation by Autodesk cofounder Mike Riddle.

AutoCAD is a software package created for Windows and usually any new AutoCAD version supports the current Windows version and some older ones. AutoCAD 2016 and 2017 supports Windows 7 up to Windows 10.

Autodesk AutoCAD 360 is the official AutoCAD mobile app for Android and iOS and Windows tablets (UWP). It can view, markup, measure and edit (2D only editing) any DWG file from a mobile phone or tablet. The actual file editing operations are performed in the cloud, in genuine DWG file format.

AutoCAD and its Uses AutoCAD is a commercial software application used to draft 2 dimensional and 3 dimensional models with the aid of a computer. Although this description provides an all-encompassing explanation of what AutoCAD is used for, it does not break down its uses into the specialized units the software is known for.

AutoCAD provides its users with an intuitive user-interface that comes with built-in design lay-outs. These lay-outs include numerous templates that were specifically designed for architectural planning and building construction. So with an adequate knowledge of AutoCAD, anyone can take on projects that consist of designing architectural plans for construction purposes or building structures to be replicated in real-time.

It is one of the recommended design software applications because it provides professionals in these niches with unique drafting tools that can be used to bring their engineering ideas to life with the accuracy they require. So in this stead, AutoCAD serves as software for designing mechanical components, analyzing electrical and piping systems and solving design issues that may arise. It is important to understand that the design pattern of every diamond, shining stone or jewelry you have had the pleasure of either wearing or viewing did not come by chance but from careful design considerations and plans. AutoCAD is a design software that comes with required tools needed to draft and design virtually anything of users choice, and the design of certain fashion items is no exception.

It provides the tools to both design the initial prototype as well as tweak its ergonomics before the need to sink money into the actually production comes up. AutoCAD and AutoCAD LT are available for English, German, French, Italian, Spanish, Korean, Chinese Simplified, Chinese Traditional, Brazilian Portuguese, Russian, Czech, Polish and Hungarian, Albanian (also through additional Language Packs). The extent of localization varies from full translation of the product to documentation only. The AutoCAD command set is localized as a part of the software localization.

AutoCAD supports a number of APIs for customization and automation. These include AutoLISP, Visual LISP, VBA, .NET and ObjectARX. ObjectARX is a C++ class library, which was also the base for: