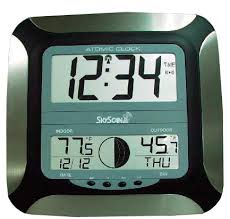 Atomic clocks use the monotonous character of atoms during dissimilar energy states to determine time providing an atomic tick that occurs practically nine billion times a second in the case of the cesium atom. In fact the character of cesium is at the moment the official description of a second having been adopted by the International System of Unit (SI).