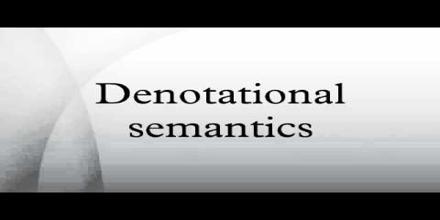 Denotational Semantics is a methodology for giving mathematical meaning to programming languages and systems. It is an approach of formalizing the meanings of programming languages by constructing mathematical objects that describe the meanings of expressions from the languages. It was developed by Christopher Strachey’s Programming Research Group at Oxford University in the 1960s. It is also concerned with finding mathematical objects called domains that represent what programs do. For example, programs or program phrases might be represented by partial functions or by games between the environment and the system.