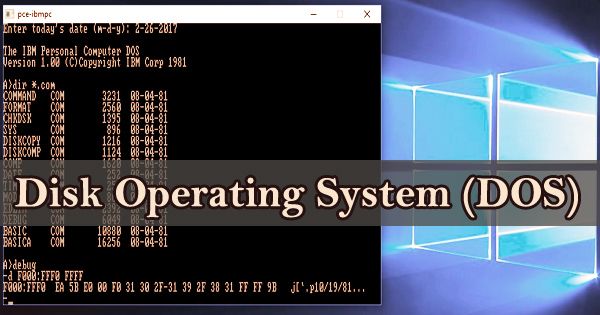 The first operating system that IBM-compatible computers used was DOS. Originally, it was available in two models that were virtually similar but were sold under two different names. The original DOS versions were very basic and resembled another operating system called CP/M. DOS was essentially a 16-bit, single-user, single-task operating system at the height of its success between 1980 and 1995, but its failure to support modern computer applications led to a move away from DOS as the basis for Windows 95 and 98. 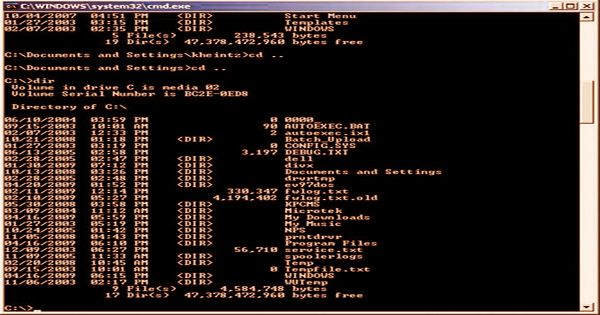 (Screenshot of the MS-DOS program screen)

For mainframes, minicomputers, microprocessors, and home computers, disk operating systems (DOS) were available and were typically loaded as part of the boot process from the disks themselves. In 1980, the original operating system for the Intel Corporation’s 8086 microprocessor was written by American computer programmer Timothy Paterson, a developer for Seattle Computer Products, initially naming it QDOS (Quick and Dirty Operating System), which was soon renamed 86-DOS.

A year later, for their newly created IBM-PC, the young Microsoft Company acquired exclusive rights to sell the system, renamed MS-DOS, to IBM. “PC-DOS” was the version produced by IBM and marketed to the first manufacturers that were compatible with IBM.” A disk operating system is usually loaded from a disk. Commodore, whose DOS existed on the ROM chips in the disk drives, was among the exceptions. DOS commands and programs support subsequent Microsoft operating systems (including those that are as recent as 32-bit Windows 10), but DOS is no longer needed to run Windows.

DOS uses a command line, or text-based interface, which allows commands to be typed by the user. Introduced by Microsoft in 1995, Windows 95 incorporated MS-DOS 7.0 but gradually replaced the MS-DOS platform. The user can search the files on the hard drive, open files, and run programs by typing simple instructions like PWD (print working directory) and cd (change directory). Although the commands are easy to type, in order to use DOS effectively (similar to UNIX), the user has to know the basic commands. This made the operating system impossible for novices to use, which is why the graphic-based Windows operating system was later bundled with DOS by Microsoft. 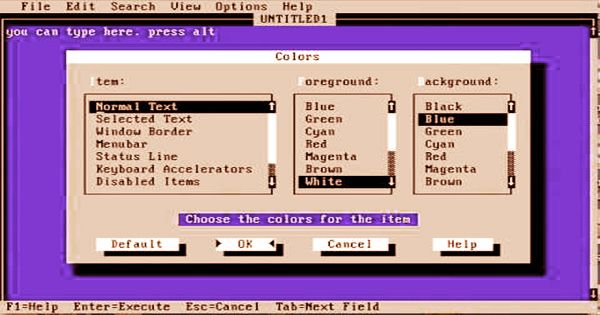 Microsoft operating systems, beginning with Windows NT, were developed independently of MS-DOS, although they were capable of running certain MS-DOS applications. The nostalgic, distraction-free interfaces of DOS derivatives such as FreeDOS and DR-DOS to run legacy applications, classic DOS games, and embedded systems still prefer small, niche user groups. In the 1980s and early 1990s, while MS-DOS enjoyed tremendous success, the technology did not always keep pace with its competition.

In contrast to the user-friendly graphical user interface (GUI) of the early Macintosh computer from Apple Inc., the device lacked the multitasking, multi-user features of the UNIX operating system, and MS-DOS was limited to a command-line interface. However, for Windows NT (New Technology), the Windows operating system was rewritten, enabling Windows to run on its own, without using DOS. Also, later versions of Windows do not need DOS, such as Windows 2000, XP, and Vista. While MS-DOS has ceased to be marketed as a stand-alone operating system, some embedded computer systems still use a relatively simple, stable base.