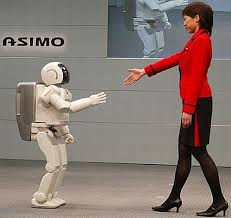 Intelligent robots are the ones that they have comparatively greatly developed brains which are comparable to the ones of humans. Center computers take part in the most significant role, and they are connected frankly to people who are in service them. Most prominently, they can act according to commands set before. For this reason, we call them intelligent robots though they have appearances which are dissimilar from what we thought before.