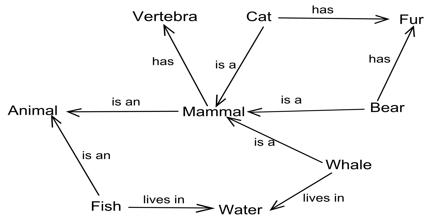 Semantic Network is the concept which is now fairly old in the literature of cognitive science and artificial intelligence. Semantic Network or net is a graph structure for representing knowledge in patterns of interconnected nodes and arcs. Computer implementations of semantic networks were first developed for artificial intelligence and machine translation, but earlier versions have long been used in philosophy, psychology, and linguistics. The Giant Global Graph of the Semantic Web is a large semantic network.