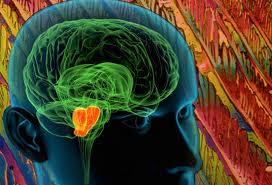 Disorder of Nervous System it also conducts motor information to the body’s skeletal muscles, cardiac muscles, smooth muscles, and glands. There are 31 pairs of spinal nerves along the spinal cord. These nerves each contain both sensory and motor axons.

What is the nervous system?

The nervous system is a complex, sophisticated system that regulates and coordinates body activities. It is made up of two major divisions, including the following:

In addition to the brain and spinal cord, principal organs of the nervous system include the following:

What are some disorders of the nervous system?

The nervous system is vulnerable to various disorders. It can be damaged by the following:

Disorders of the nervous system may involve the following:

Disorders of the nervous system:

The following are the most common general signs and symptoms of a nervous system disorder. However, each individual may experience symptoms differently. Symptoms may include:

The symptoms of a nervous system disorder may resemble other medical conditions or problems. Always consult your physician for a diagnosis.

Encephalitis is an inflammation of the brain. It is usually caused by a foreign substance or a viral infection. Symptoms of this disease include: headache, neck pain, drowsiness, nausea, and fever. If caused by the West Nile virus it may be lethal to humans, as well as birds and horses.

Meningitis is an inflammation of the meninges (membranes) of the brain and spinal cord. It is most often caused by a bacterial or viral infection. Fever, vomiting, and a stiff neck are all symptoms of meningitis.

Troby a virus that can also cause leukemia, a disease of the bone marrow.

Arachnoid cysts are cerebrospinal fluid covered by arachnoidal cells that may develop on the brain or spinal cord They are a congenital disorder and in some cases may not show symptoms. However, if there is a large cyst, symptoms may include headache, seizures, ataxia (lack of muscle control), hemiparesis, and several others. Macrocephaly and ADHD are common among children, while pre-senile dementia, hydrocephalus (an abnormality of the dynamics of the cerebrospinal fluid), and urinary incontinence are symptoms for elderly patients (65 and older).

Huntington’s disease is a degenerative neurological disorder that is inherited. Degeneration of neuronal cells occurs throughout the brain, especially in the striatum. There is a progressive decline which results in abnormal movement Statistics show that Huntington’s disease may affect 10 per 100,000 people of Western European descent.

Alzheimer’s is a neurodegenerative disease typically found in people over the age of 65 years. Worldwide, approximately 24 million people have dementia; 60% of these cases are due to Alzheimer’s. The ultimate cause is unknown. The clinical sign of Alzheimer’s is progressive cognition deterioration.

Locked-in syndrome is due to a lesion on the brain stem, damaging the pons. It is a condition where the patient is awake, but suffers from paralysis of all or nearly all voluntary muscles of the body and cannot communicate or move. Causes of locked-in syndrome may be: traumatic brain injury, circulatory system disease, nerve cell damage, and overdose of medication.

Tourette’s syndrome is an inherited neurological disorder. Early onset may be during childhood, and is characterized by physical tics and verbal tics. The exact cause of Tourette’s, other than genetic factors, is unknown.

Multiple sclerosis (MS) is a chronic, inflammatory demyelinating disease, meaning that the myelin sheath of neurons is damaged. Symptoms of MS include: visual and sensation problems, muscle weakness, and depression.

Any type of traumatic brain injury (TBI) or injury done to the spinal cord can result in a wide spectrum of disabilities in a person. Depending on the section of the brain or spinal cord that suffers the trauma the outcome may be anticipated.

Infectious diseases are transmitted in several ways. Some of these infections may affect the brain or spinal cord directly. Generally, an infection is a disease that is caused by the invasion of a micro-organism or virus.

Degenerative spinal disorders involve a loss of function in the spine. Pressure on the spinal cord and nerves may be associated with herniation or disc displacement. Brain degeneration also causes central nervous system diseases. Studies have shown that obese people may have severe degeneration in the brain due to loss of tissue affecting cognition.

A tumor is an abnormal growth of body tissue. In beginning, tumors can be non-cancerous, but if they are malignant, they are cancerous. In general, they appear when there is a problem with cellular division. Problems with the body’s immune system can lead to tumors.

An autoimmune disorder is a condition where the immune system attacks and destroys healthy body tissue. This is caused by harmful substances, called antigens.