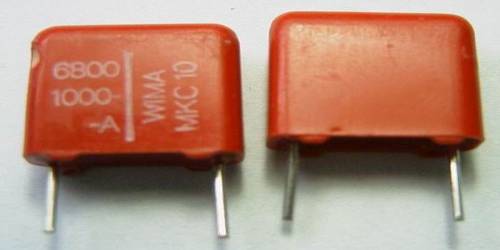 Although many saw this as the end of polycarbonate capacitors, there are still some smaller sources of the dielectric material and some capacitors are still made.

However many are cautious about using polycarbonate capacitors in new electronics designs as there are fewer suppliers, and relying on a single source for the long-term supply of an electronic component is not wise. Polycarbonates are a group of thermoplastic polymers which find uses in many areas of industry as they are easily molded and thermoformed. They also possess a number of useful features in that they are temperature resistant impact resistant (virtually bullet-roof). They can also be used for vandal-proof glazing.

With polycarbonate capacitors being less widely available these days since the Bayer Corporation ceased production of polycarbonate in a form suitable for use as a dielectric, a number of alternative types of the capacitor have been sought, especially for use in some military applications where capacitors to a given standard need to be used. A variety of types can be used as almost direct replacements:

Of this polyphenylene sulphide, PPS is being widely used in many areas as an almost direct replacement.

Polyphenylene sulphide, PPS has many of the same characteristics of polycarbonate and can be often be used as a direct replacement. It has to gain a variety of MIL standards and as such, it is being used in many high specification applications. PPS has been found to have a superior temperature performance both in terms of the temperature range applicable and the temperature coefficient.

It is found that polyphenylene sulphide, PPS, and polycarbonate have the almost the same dielectric constant. This means that the size of equivalent capacitors will be virtually the same, making replacement in existing designs much easier. Unfortunately, not all capacitors will be able to be made exactly the same size because PPS and polycarbonate are not available in the same thicknesses.