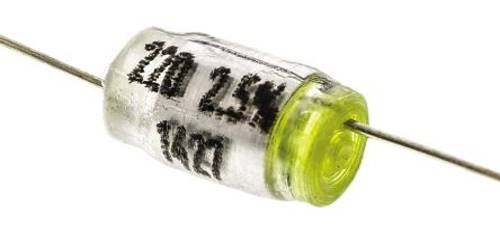 As a result of their construction and limited use, these capacitors are not widely used these days and can sometimes be difficult to source.

Polystyrene capacitors are not widely available these days, however, they still find applications within audio circles. This is as a result of their electrical characteristics which lend them to these applications.

In view of their properties, rhese capacitors can often be used in place of silver mica or ceramic disc capacitors. A note worth noting is that polystyrene capacitors exhibit a permanent change in value should they ever be exposed to temperatures much over 70°C; they do not return to their old value upon cooling.