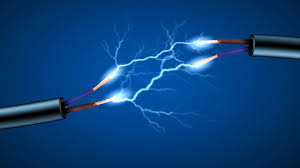 Although the installed capacity and maximum generation increased compared to the previous year there was shortage of available generation capacity compared to the increasing demand. Consequently Bangladesh Power Development (BPDB) had to resort to load shedding, which varied from 0.13% to 11.86% of forecast maximum demand. In FY2005-06 load shedding was imposed on 210 days for the total duration of 767 hours. In the previous year load shedding days and hours were 267 and 930 respectively. During the year the total duration of Grid failure was for 133 hrs. And 27 minutes, which was 49.11%, lower than the previous year. The maximum demand served in the year under review was 3428MW against a forecast demand of 3947 MW. The net energy generation during the financial year including IPP net generation was about 18422 GWh, which depicts an increase of 5.6% over FY 2004-05.

In the east zone, electricity generation continued mainly through indigenous gas power plants and a small percentage through hydro power plant. In the west zone, imported liquid fuel and natural gas were for generation of electricity. Low cost electricity generated in the east zone was also transferred to the west zone through the 230 KV East-West Interconnector (EWI). The energy transferred in FY2005-06 was 2170.40 GWh, which is a decrease of 3.5% over the previous year. The demand of west zone was supplied by BPDB’s own generation in west zone (1509 GWh), purchase from IPPs (963.15 G W h) at Khulan and Baghabari and energy import plants and in the east and west zone under BPDB was TK.787/KWh repetitively. The fuel cost per unit generation in the East and West zone for thermal generation increased compared to the previous year due to increase in gas and liquid fuel price.

Hydro net generation during FY2005-06 was 833.33 GHh, which was 23.13% higher than that in the previous year. The higher hydro generation was due to sufficient rainfall in the catchment, are BPDB’s system loss for the FY 2005-06 was 11.35% of net energy generation, which was 12.62% in the previous year. The system loss was reduced to 1.27 percentage points during this financial year due to extensive drive and proper monitoring.

The operating profit (before interest) was 4757.11 million taka. The average cost per KWH sold was TK 2.47 (Excluding the loss due to changes in foreign exchange rate) compared to average tariff of taka 2.45  per kwh during the year. The rate of return on revalued fixed assets was 5.13% during the year under review compared to 78% in FY 2004-05.

The forecast maximum demand for FY 2011 was 4259 MW as per PSMP—95 . But the actual demand could not be supplied due to shortage in available generation capacity. The maximum demand supplied during year was 3592 MW which was 4.79 % higher than that in the previous year.

Although the total installed capacity was 4680 MW including 1260 MW in the private sector. The maximum available generation was only 3592MW. The reasons for lowest availability were

The installed capacity mix including IPP is shown below:

The overall efficiency of the generator in the public sector FY 2011 was 30.62% compared to 30.88% in the previous year. The following table shows the generation Plants which were under maintenance in FY 2011. Some minor maintenance has not been record in the table The power systems master plan was prepared in 1995. Acres International Canada as consultant under the Technical Assistance from Asian Development Bank (ADB).

A total of 35 projects were included in the Revised annual development programme of FY 2004.

These are as follows: