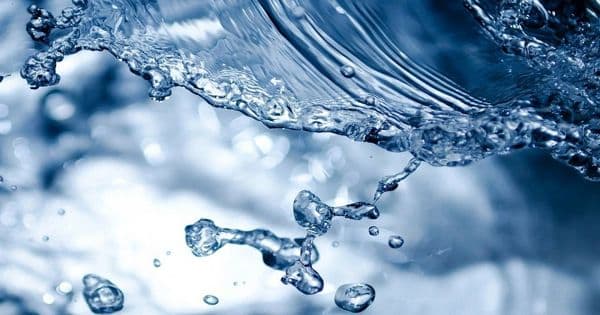 Researchers have devised a method for removing and reusing phosphate from polluted waters on a continuous basis. The Phosphate Elimination and Recovery Lightweight (PEARL) membrane developed by the team is a porous, flexible substrate that selectively removes up to 99 percent of phosphate ions from polluted water.

Phosphate pollution in rivers, lakes, and other waterways has reached dangerous levels, causing algae blooms that deplete the oxygen supply of fish and aquatic plants. Meanwhile, farmers around the world are grappling with a dwindling supply of phosphate fertilizers, which feed half of the world’s food supply.

A Northwestern University-led team has developed a method to repeatedly remove and reuse phosphate from polluted waters, inspired by Chicago’s many nearby bodies of water. The researchers compare their invention to a “Swiss Army knife” for pollution remediation because they tailor their membrane to absorb and then release other pollutants.

Researchers have developed a way to repeatedly remove and reuse phosphate from polluted waters. The team’s Phosphate Elimination and Recovery Lightweight (PEARL) membrane is a porous, flexible substrate that selectively sequesters up to 99 percent of phosphate ions from polluted water.

Phosphorus is essential to both the global food system and all life on Earth. Phosphorus is required by all living organisms on the planet: it is found in cell membranes, the scaffolding of DNA, and our skeleton. While other essential elements such as oxygen and nitrogen can be found in the atmosphere, phosphorus does not. The Earth’s crust contains a small amount of usable phosphorus, which takes thousands or even millions of years to weather away. And our mines are depleting.

Julia Rosen’s 2021 article in The Atlantic cited Isaac Asimov’s 1939 essay, in which the American writer and chemist referred to phosphorus as “life’s bottleneck.”

Given the scarcity of this nonrenewable natural resource, it is unfortunate that many of our lakes are suffering from eutrophication, which occurs when too many nutrients enter a natural water source. As phosphate and other minerals accumulate, aquatic vegetation and algae become too dense, reducing oxygen levels in the water and eventually killing aquatic life.

“We used to reuse phosphate a lot more,” said the paper’s first author, Stephanie Ribet. “We simply pull it out of the ground, use it once, and then flush it away into water sources. So it’s a pollution problem, a sustainability problem, and a circular economy problem all rolled into one.”

Traditionally, ecologists and engineers have devised strategies to address the growing environmental and public health concerns about phosphate by removing phosphate from water sources. The emphasis has only recently shifted from removing to recovering phosphate.

“In a laboratory setting, one can always do certain things,” said Vinayak Dravid, the study’s corresponding author. “When it comes to scaling up, however, there is a Venn Diagram where you need to be able to scale the technology, it must be effective, and it must be affordable. There was nothing there before, but our sponge appears to be a platform that meets all of these criteria.”

Dravid is the Abraham Harris Professor of Materials Science and Engineering at Northwestern’s McCormick School of Engineering, as well as the founder and director of the Northwestern University Atomic and Nanoscale Characterization Experimental Center (NUANCE) and the Soft and Hybrid Nanotechnology Experimental Resource (SHyNE). Dravid also serves as the International Institute of Nanotechnology’s director of global initiatives. Ribet is the first author of the paper and a Ph.D. student in Dravid’s lab.

The Phosphate Elimination and Recovery Lightweight (PEARL) membrane developed by the team is a porous, flexible substrate (such as a coated sponge, cloth, or fibers) that selectively removes up to 99 percent of phosphate ions from polluted water. The PEARL membrane, which is coated with nanostructures that bind to phosphate, can be tuned by controlling the pH to either absorb or release nutrients, allowing for phosphate recovery and reuse of the membrane for many cycles.

Current phosphate removal methods are complex, time-consuming, and multi-step. Most of them do not recover the phosphate during removal, resulting in a large amount of physical waste. The PEARL membrane removes phosphate in a single step while also recovering it efficiently. It is also recyclable and produces no physical waste.

The researchers tested their theory with the added complexity of real water samples using samples from Chicago’s Water Reclamation District. “This is often referred to as a ‘nanoscale solution to a gigaton problem,'” Dravid said. “The nanoscale interactions that we study have implications for macrolevel remediation in many ways.”

The team has shown that the sponge-based approach works on scales ranging from milligrams to kilograms, implying that it has potential for further scaling.

This study expands on a previous development from the same team – Vikas Nandwana, a member of the Dravid group and co-author on the current study, was the first author – known as the OHM (oleophilic hydrophobic multifunctional) sponge, which used the same sponge platform to selectively remove and recover oil from water contamination. The team intends to use their “plug-and-play” framework to go after heavy metals by modifying the nanomaterial coating in the membrane. Ribet also said multiple pollutants could be addressed at once by applying multiple materials with tailored affinities.