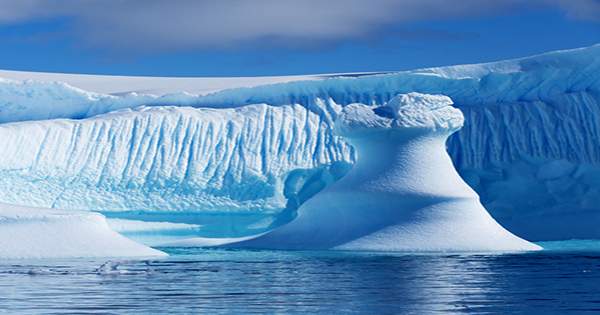 High quantities of “black carbon” (soot) in ice cores obtained from the Antarctic Peninsula have perplexed scientists. According to new research, a 300-400-year spike in black carbon concentrations caused by a change in burning regimes in Aotearoa New Zealand following the Mori settlement. Scientists taken aback by the findings, as they had not expected such a little landmass to have such far-reaching repercussions 7,000 kilometers (4,200 miles) away. Ice cores provide a historical record of global climate change. They sometimes maintain track of human influences in the Anthropocene, like the rise and fall of the Roman lead smelting industry, which can traced in Greenland ice.

Professor Joe McConnell of the Desert Research Institute (DRI) led a team that more precisely dated a burst of black carbon that had previously discovered in the Antarctic Peninsula but not elsewhere on the frozen continent. Despite the islands’ size, McConnell and co-authors explain in Nature that the only probable explanation is an increase in burning that followed Mori arrival in Aotearoa.

Southern hemisphere fires have left a residue in the ice for a long time, but “rapid deposition increases began in 1297 (30 s.d.),” according to the article. Between the late 13th century and 1700, the amount of black carbon in the atmosphere tripled. The authors found that the fires must have been located at least 40 degrees south, excluding Africa and the Australian peninsula, by modeling airflow over the southern ocean. With the exception of a few small islands and ice-bound Antarctica, Tasmania, Patagonia, and New Zealand are the only viable sources.

Evidence from Aotearoa suggests that fires increased after the arrival of the Mori, although Tasmania and Patagonia, both of which had inhabited for thousands of years, saw little change.

“We used to think that if you went back a few hundred years, you’d be looking at a pristine, pre-industrial world,” McConnell said in a statement. “But it’s clear from this study that humans have been impacting the environment for at least the last 700 years over the Southern Ocean and the Antarctica Peninsula.”

“You wouldn’t think Mori burning in New Zealand to have a huge influence compared to natural burning in locations like the Amazon, Southern Africa, or Australia,” said Dr Nathan Chellman of the DRI. “But it does over the Southern Ocean and the Antarctic Peninsula.” In fact, the affected area is likely to be even smaller than appears at first glance. The North Island of Aotearoa is mostly north of the 40th parallel.

“The 40-degree line is approximate,” co-author Professor Nerilie Abram of the Australian National University told IFLScience. “However, the modeling does imply that the Antarctic Peninsula is more vulnerable to burning on New Zealand’s South Island than on the North Island.”

At the time, there was no comparable shift in soot deposited in other sections of Antarctica. This is “because of the way air flows over the southern seas,” Abram told IFLScience, and he assisted the team in identifying New Zealand as the most likely source of Antarctic black carbon. Today, black carbon is a significant contributor to global warming, and studying its historical sources can help us better understand its current motions and impacts.

Smoke from the fires may have benefited the Southern Ocean by fertilizing it and boosting phytoplankton development. However, the work has received some criticism. The research described as “fascinating” by Dr. Priscilla Wehi of New Zealand’s Te Pnaha Matatini Centre of Research Excellence in Complex Systems, but she noted the lack of New Zealander scholars among the authors. “In the research community, ‘helicopter science,’ in which research is led and done by persons who live and work far away from the subject of their study is currently under examination,” she stated.