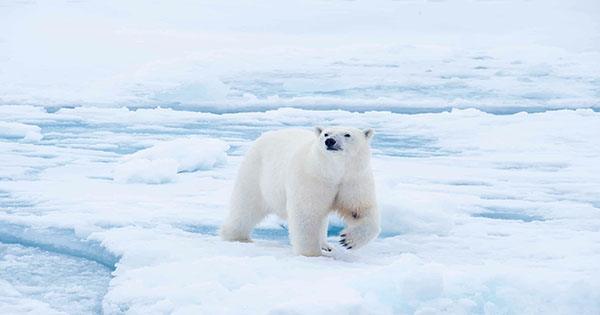 Arctic Summer Sea Ice Could Disappear By 2100, Taking Polar Bears and Seals with It

In the big scope of things, forty years is not a long period, but it is astounding how much the world has evolved since the early 1980s. In addition, we are not just talking about poor clothing choices or overly exuberant exercise routines; the world itself was different. Over the South Pole, an ozone hole was fast expanding, and ice was present at the North Pole. Yes, there is still ice in the Arctic, as we all know. However, the amount of food available throughout the year is already less than half of what it used to be, and the situation is not getting any better. According to a recent study published in the journal Earth’s Future, if global carbon emissions continue on their current path, worst-case scenarios could see the Arctic lose its summer ice by 2100, as well as the polar bears, seals, and other Arctic wildlife who call it home.

The study concentrated on what the authors refer to as the “Last Ice Area,” which encompasses more than 1 million square kilometers (380,000 square miles) spanning northern Canada and Greenland. This is “clearly” “where the Arctic’s last summer sea ice will be found,” they write in the report. It’s also where ice-associated species will continue to thrive, from charismatic megafaunas like polar bears and ringed seals to crabs and microscopic plankton.”

Ice can grow up to 10 meters (32.8 feet) thick in this place and last all year. Tuvaijuittuq, the 320,000-square-kilometer (123,550-square-mile) marine protected area that makes up the Last Ice Area’s middle third, literally means “the spot where the ice never melts.” By the middle of the century, however, that is unlikely to be the case: even if global carbon emissions were reduced to the letter of the Paris Agreement, summer sea ice would be “thinner, younger, and more mobile,” according to the study. While year-round ice would be possible in this already optimistic future, it would be thin and easily broken up by the open sea.

In such a scenario – the best case – some polar ecosystems might be able to endure for a while in refuges like Tuvaijuittuq. “Ice-dependent ecologies will not survive” if carbon emissions continue at their current levels, the report says. “Rich diatom communities will have insufficient time to grow; seals will be unable to den… “There will be insufficient marine food sources for polar bears,” the authors conclude. “This means that the sustainable preservation of vulnerable ice ecologies, as well as human livelihoods and cultures that have evolved alongside them, necessitates both local conservation and systemic, global intervention.”

Regrettably, energizing global action on Arctic protection has been difficult. This is large because the Arctic hides hundreds of billions of dollars in base and precious metals, diamonds, coal, oil, and gas. While the Nunavut Legislative Assembly and the Oikiqtani Inuit Association have advocated for Tuvaijuittuq’s protection, neighboring Arctic communities have prioritized resource extraction over wildlife and environmental protection.

“Because ice loss is ultimately driven by greenhouse gases generated at lower latitudes,” the authors write, “any regional governance framework will need to respond to conditions imposed at a global scale.” “While Arctic communities and their national governments can safeguard habitat quality for a time, as they have in Tuvaijuittuq, they will not be able to preserve local sea ice ecologies in the long run unless global changes are implemented.”

Is there any sort of gleam of hope? Maybe a modest one: there is a chance the Arctic will recover. While we will not be able to stop the ice from diminishing, we might be able to reduce carbon emissions enough to prevent it from completely melting — and if it can hold on long enough, temperatures will drop, and the Last Ice Area will begin to recover, according to Newton. The research claims “Arctic sea ice responds swiftly to global forcing and would rebound within several years if atmospheric greenhouse gas composition returns to historical norms.” “As a result, when and if greenhouse warming is brought under control, an adaptive, layered regulatory system linked to scientific monitoring of regional and local responses to global developments would have a realistic chance to oversee summer sea-ice restoration.”