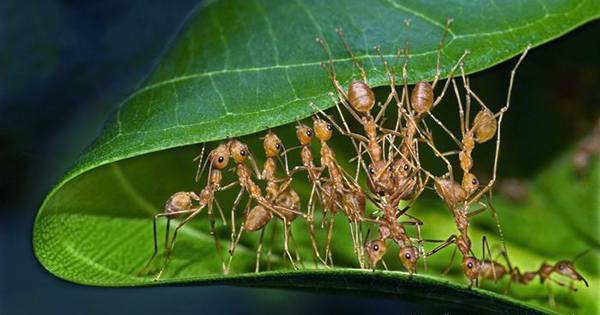 As Reported Previously, the Insect Apocalypse Is Not As Universal

The threat of an “insect mystery” caught the world’s attention a few years ago through a study that found a 75% reduction in flying insects in Germany for more than 27 years. Last year a research paper claimed that the problem was global.

While the disappearance of flies and mosquitoes may seem interesting, insects are vital for pollination and as the basis of the food chain, the rate of such damage can be catastrophic for other lives. A new study indicates that the trend is not as widespread as claimed, but still represents a local catastrophe that could spread.

In a study published last year on biological conservation, the long3 long-term study of insect biomass found a 2.5% annual decline over the last quarter of a century. The authors blame agriculture, especially the use of pesticides, and write, “The conclusion is clear: if we do not change the way we produce food, insects as a whole will not be on the verge of extinction in decades.”

Anyway, the paper came under heavy criticism for falling heavily towards Europe and North America. So with little study from the tropics included, there was no way to know if they were representative. Dr. Roll van Klink of the German Center for Integrative Biodiversity Research responded to the science by analyzing 1,166 long-term studies from 1,676 locations in 41 countries and finding more diverse patterns.

Van Klink and co-authors note, making the question of their survival a serious one for us all, “Insects are the most ubiquitous and diverse animal on the planet.” Some studies of insect trends count the numbers found on one site, while others measure the combined weight of collectibles. Some helpers work both. Some past meta-analyses have looked at one measure or another, but Van Klink was able to get a larger and more representative pool of data by combining both.

Van Clink is down 0.92 percent per year for terrestrial insects, mainly those that fly above the ground. Although less than half that of previous reports, Van Klink said in a statement that “0.92 percent does not sound very high, but in reality it means 24 percent fewer insects over a 30-year period and 755 fewer insects over a period of 755 years.” The paper identifies habitat destruction, rather than pesticides or climate change, as the prime cause. On the other hand, freshwater species tend to be surprisingly different – and of the same size. Since most studies began in the 1980s and 90s, it has once again reflected the clean-up of heavily polluted rivers and lakes, proving what is possible by trying.

Although the Van Klink sample is large, it suffers from the same problems as previous Meta-analyzes. The overwhelming part of the studies was from Europe and the United States – there were no long-term studies on most parts of the planet to find out what was really going on. Moreover, European trends have accelerated since 2005, still a bad sign for industrialization in the regions.