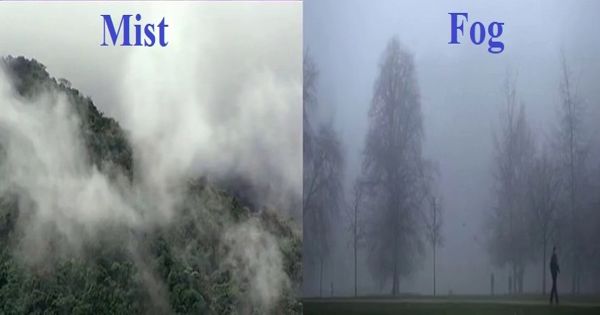 Difference between Fog and Mist

Fog can be defined as a thick cloud that hangs low, consisting of tiny water globules. It is denser in comparison to mist, and so it has a greater impact on visibility, i.e. the former limits visibility to nearly one kilometre, but the latter restricts visibility to more than a kilometre. Mist is simply the atmospheric phenomenon that is formed by tiny vapour which gets suspended in the atmosphere, on the surface of the Earth which causes errors in visibility. Fog has a much greater impact on the visibility of the eye when compared to mist.

Fog and mist greatly differ regarding density, as the fog is much denser than mist, i.e. fog creates an opaque sheet, that blurs visibility.

Difference between Fog and Mist