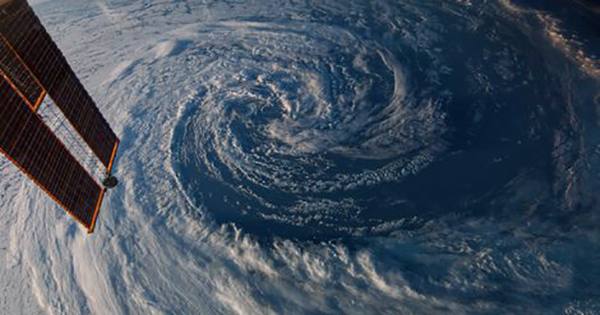 So far, Hurricane Sam is the most powerful storm of the 2021 Atlantic storm season. Fortunately, it is out to sea and will not make landfall, but that does not mean we will not be able to feel the fierce winds and waves from the comfort of our own homes. A extremely tough drone ship set sail for Sam in a world-first and captured the first wild footage from within a category 4 storm, which you can see right here.

The video shows “the first video footage obtained by an uncrewed surface vehicle (USV) from inside a major hurricane barreling across the Atlantic Ocean,” according to Saildrone Inc and NOAA. It shows heaving 15-meter (50-foot) waves at stomach-churning angles, as well as 193 kilometer per hour (120+ mile per hour) winds, so proceed with caution if you get seasick.

The Saildrone Explorer SD 1045 is one of five USVs that Saildrone launched from the Virgin Islands in August to collect data throughout this year’s Atlantic storm season in collaboration with NOAA.

The USVs have specially constructed “hurricane wings” that allow them to operate in extreme situations such as winds of 112 kilometers per hour (70 miles per hour) and seas of more than 3 meters (10 feet) high – which is ideal because they were programmed to sail directly into storm paths.

Storm Warnings Sam, the season’s 18th named storm, began on September 23 and became a hurricane on September 24, moving up to category 4 status by September 25. With 23 named storms by this time, the record-breaking 2020 season had set a new high. However, the season is still two months away from seeing if 2021 can match the 30 set by 2020.

Hurricanes tracked from many angles these days, so satellite imagery of them churning from orbit is rather common. Footage from the ocean floor, on the other hand, is brand new, capturing crucial scientific data while also providing an entirely new perspective on one of the planets most powerful – and devastating – events.

“No research vessel has ever gone where Saildrone is going, sailing directly into the eye of the hurricane, gathering data that will alter our understanding of these violent storms,” said Saildrone creator and CEO Richard Jenkins in a statement.

“We expect to improve forecast models that predict rapid intensification of hurricanes using data acquired by saildrones,” said NOAA scientist Greg Foltz. “Rapid intensification, which occurs when hurricane winds become stronger in a matter of hours, poses a major threat to coastal areas.” NOAA is leveraging new data from saildrones and other unmanned devices to better predict the dynamics that generate hurricanes and to be able to warn people sooner.”

Sam expected to remain a hurricane for the next three days, bringing massive swells to Bermuda and the Bahamas, according to the National Hurricane Center. NOAA cautioned, “These surges will certainly generate life-threatening surf and rip current conditions,” so stay away from the waters for the next week. Instead, sit back and enjoy the storm from the comfort of your sofa.