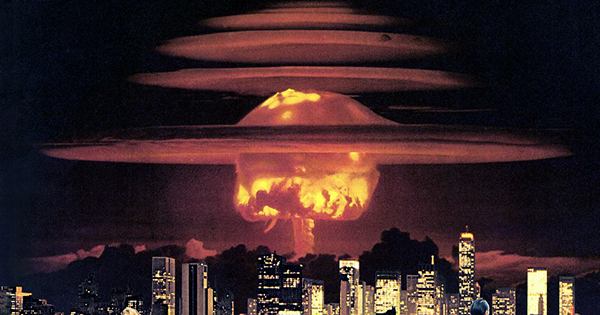 In the 1960s, the US Government was Planning on Nuking Alaska

In the 1960s, America devised a massive plan to nuke a large portion of the country. In a technical sense, it still does. Nuclear weapons had a bad rep in the middle of the twentieth century, which is understandable given that they were actually designed to kill millions of people and the US government kept misplacing them like keys.

The federal government was well aware of this, and sought to “emphasize the benign applications of nuclear explosive devices in order to create a climate of world opinion more favorable to weapons research and testing.” After a biblical account in which swords were melted down and made into plows, they named this “Operation Plowshare.”

They chose to nuke Alaska as part of this project. After all, what better way to get Americans on board with nuclear weapons than to strike one of the newest states? The plan was to deploy nuclear weapons to build a harbor in Alaska’s Cape Thompson region, codenamed Project Chariot since “Operation Nuke the Crap out Of Our Own Country and See What Happens” doesn’t quite have the same ring to it.

As a result, in 1958, Dr. Edward Teller (the “creator of the hydrogen bomb” and director of the Radiation Laboratory) proposed that the Atomic Energy Commission contribute a 2.4 megaton weapon to dig a massive water hole in one big blast. What could possibly go wrong, as someone surely said before the iconic Oregon Exploding Whale incident?

So, why didn’t it happen?

Although not everyone favors digging, there are numerous drawbacks to simply bombing a large hole in the Earth. Not least was the reality that people actually lived around or in the vicinity of the pit.

“I’m fairly sure you don’t like to see your home being blasted by some other individuals that don’t live in your place as we live in Point Hope,” one of the locals said at the time.

The government simply did not inform the residents of nearby Point Hope about the plan for several years, despite the fact that they would be severely impacted by the contamination of fishing waterways and possibly radioactive fallout. They were not delighted when they found out in 1960.

Despite assurances that testing at Bikini Atoll had found fish safe to eat (it’s still more radioactive than Chernobyl), villagers were anxious about their hunting grounds as well as the possibility of radiation spreading to Point Hope, necessitating evacuation.

The project was eventually not scrapped, despite mounting pressure from locals and scientists who thought it was not only a bad idea that could result in unpredictable nuclear contamination, but also that it was difficult to predict whether it would actually accomplish the task of excavation as intended.