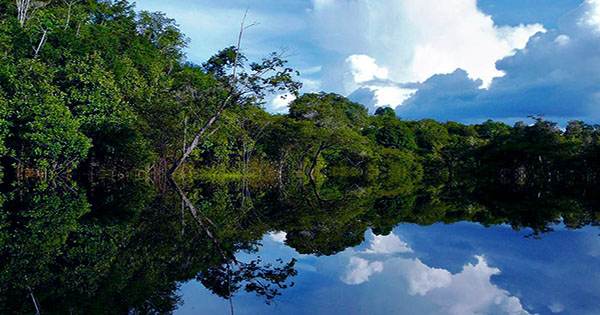 Indigenous Peoples have Helped the Amazon Stay Wild for 5,000 Years

The relationship between humans and the Amazon rainforest does not always become harmonious. However, recent research has shown that the indigenous peoples of the Putumayo region helped cultivate the rainforest and left it virtually unused for 5,000 years. The coexistence of man with nature is probably above all possible. The study, published in PNAS, looked at soil samples in the Putumayo region of the Amazon in Peru to find evidence of human impact on land. Researchers have found that trees that have grown in the area today have been growing there for the past 5,000 years – there is evidence that the area was not on city and farmland at the time.

Wood found in the ground but it understood that the people lived there; they did it in such a way as to have minimal impact on their environment. Dr Dolores Piperno of the Smithsonian Tropical Research Institute, who led the study, said in a statement, “To me, these investigations do not say that indigenous peoples are not using the forest, only that they have used it sustainably and do not modify the composition of its species too much.”

“We did not find any reduction in tree diversity during the study period. It is a place where people have been present for thousands of years as a positive force for this landscape and its biodiversity.” To come to this conclusion, the team dug the column 0.6-0.9 m (2-3 ft) deep the ground with soil samples from different heights along the column. Deeper specimens represent older soils and vice versa. Back in the laboratory, the samples were carbon-dated to determine their age and then sorted under a microscope to look for evidence of microscopic mineral particles, known as phytoliths.

Phytoliths are essentially posthumous evidence of plants – they produced plants from soil silica and last for thousands of years after a plant die. Each phytolith is unique to a particular plant and can used to indicate which plants grew in which region in the past. No valuable specimens have found for more than 5000 years, no species damage has identified. These findings prove that, contrary to popular belief, the Amazon not touched by humans, but cultivated by them for thousands of years.