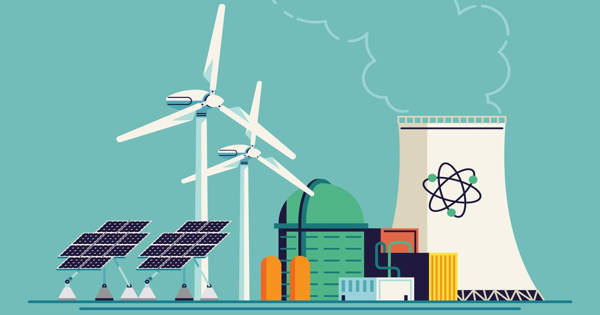 Nuclear Energy quite literally is not Good for Climate Change

Nuclear energy has no place in a secure, clean, and long-term future. Nuclear energy is both expensive and dangerous, and the fact that nuclear pollution is invisible does not imply that it is clean. Renewable energy is better for the environment and the economy, and it eliminates the risk of a nuclear meltdown.

The vast majority of nuclear power plants in operation today were built before the science of climate change was well established. Two out of every five nuclear plants are located on the coast, and at least 100 have been constructed just a few meters above sea level. Nuclear power is literally on the front lines of climate change—and not in a good way.

According to recent scientific data, global sea levels will rise faster and further than previously predicted. Strong winds and low atmospheric pressure will drive larger storm surges that could threaten coastal installations even over the next few decades, as extreme weather events become more frequent and destructive.

Nuclear power plants must draw large amounts of water to cool their reactors, which is why they are frequently built near the sea. However, as the world warms, nuclear power plants further inland will face similar flooding issues. Higher water temperatures in lakes, rivers, and reservoirs would make keeping reactors cool and preventing meltdowns more difficult. Increasingly severe droughts and wildfires only ramp up the threat.

Nuclear energy is, quite literally, on the frontline of climate change—and not in a good way. Nuclear power plants must draw from large sources of water to cool their reactors, hence why they’re often built near the sea.

Within a 50-mile (80-kilometer) radius of at least one operational nuclear power plant, 516 million people live, and 20 million live within a ten-mile (16-kilometer) radius. These people are at risk of harming their health and safety in the event of a future nuclear accident. Efforts to build plants that are resistant to climate change will significantly increase the already significant costs of building, operating, and decommissioning nuclear plants, not to mention maintaining their nuclear waste stockpiles.

Nuclear energy is frequently credited with providing energy security in an increasingly volatile world, but climate change will rewrite these old assumptions. Extreme floods, droughts, and storms that were once uncommon are becoming far more common, rendering industry protection measures designed in a previous era increasingly obsolete. The risks to nuclear power plants from climate change will not be linear or predictable. Natural and man-made barriers will reach their limits as rising seas, storm surges, and heavy rainfall erode coastal and inland flood defenses.

High-profile disasters in 1986 in Chernobyl, Ukraine, and 2011 in Fukushima, Japan, have raised public awareness of the dangers of nuclear power. As a result, enthusiasm for nuclear energy has waned. The catastrophic risks of nuclear energy, such as nuclear reactor meltdowns in Japan or Ukraine, far outweigh the potential benefits.

New nuclear power plants are more expensive to build and take longer to complete than renewable energy sources such as wind or solar. If we are to avoid the most severe consequences of climate change, we need solutions that are both quick and inexpensive. Nuclear energy is neither of these things.

The US Nuclear Regulatory Commission has concluded that the vast majority of its nuclear sites were never designed to withstand future climate impacts, and many have already experienced flooding. According to a recent US Army War College report, nuclear power facilities are at high risk of temporary or permanent closure due to climate threats, with future sea-level rise, severe storms, and cooling water shortages threatening 60 percent of US nuclear capacity.

Before considering the construction of any additional nuclear power plants, the industry must consider how models of future weather extremes and climate impacts are likely to affect them. They should not only account for changing weather patterns over seasons, years, and decades, but they should also prepare for the worst in terms of the possibility of sudden extreme events. Before any project is approved, the costs of all necessary precautions must be factored into the final budget.

Nuclear power could be a significant casualty of the escalating climate impacts. Currently, nuclear infrastructure is largely unprepared. Some reactors may soon be rendered inoperable. This should prompt a thorough rethinking of nuclear’s role in assisting the world in reaching net-zero emissions.