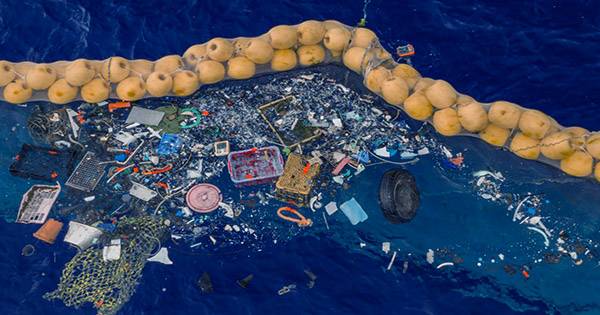 Ocean Cleaning Voyages Could Powered By the Plastic They Collect

Plastic gathered from the sea may turn to oil, according to research, and the conversion could take place aboard the ship, powering it and establishing a circular economy. Despite the economies of scale of land-based conversion facilities, getting the plastic to land for conversion to fuel is less efficient, according to recent research. Plastic poured into the oceans poses harm to species as well as a source of stored energy. Unlike pyrolysis, hydrothermal liquefaction (HTL) turns it back to oil with less waste. Researchers have modeled the optimal approach to operate an operation to clean up the Great Pacific Garbage Patch, a region of the ocean where currents concentrate plastic garbage, in Proceedings of the National Academy of Sciences.

Some of the plastic recovered from the ocean is recycled into consumer goods, which are sold at a higher price to help support future operations. However, it is unlikely that more than a fraction of the millions of tonnes floating around in the ocean’s huge gyres will be needed for this purpose. However, fuel is a different story, making HTL a viable choice. However, “[a] ship that must hold the plastic on board until it returns to port, typically hundreds of kilometers distant, to dump the plastic, refuel, and resupply,” according to the research, is one stumbling block.

“Oil yields from HTL are typically >90 percent even in the absence of catalysts, and, unlike pyrolysis, yields of solid by-products – which would need to be stored or burned in a special combustor – are less than 5%,” the authors write, despite the fact that HTL requires temperatures of 300-550 oC (570-1020 oF) and pressures of 250-300 times sea-level atmospheric conditions. There is a lot of speculation about how much plastic a ship of a specific size might gather in a year and how much energy it would take to do it.

Even with pessimistic assumptions, the authors calculate that a ship carrying an HTL converter might make enough oil from the plastic it gathers to function indefinitely at sea, with one exception. Instead of attempting to gather the plastic directly, their calculations need the ship to collect plastic concentrated by a secondary boom, such as those, being tested The Ocean Cleanup. There would most likely be enough oil left over for travels to and from the base if needed. A ship without a boom, on the other hand, could not accumulate enough plastic to keep traveling even in the most contaminated sections of the ocean.

While a fleet of ships scouring collection booms may appear to be a win-win situation, ocean cleanup may not be as effective as it appears. According to some studies, attempts to clean up the Great Pacific Garbage Patch would affect zooplankton and may not remove as much plastic as predicted. As long as we keep introducing more mid-ocean plastic, it is pointless to remove it. Furthermore, burning former plastic emits all of the carbon dioxide and most other pollutants found in new oil, as well as additional pollutants from the conversion process. Recycled plastics may be more ecologically friendly than sulfur-rich bunker fuel, but as electric-powered transport becomes more common, the balance may alter.