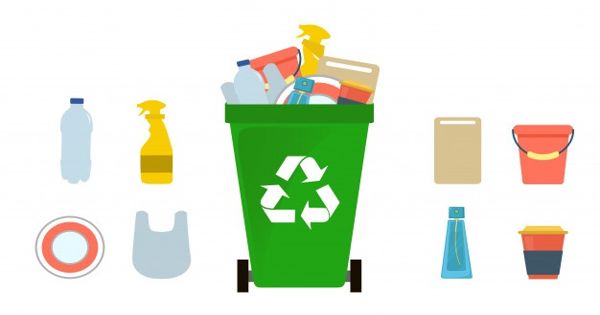 Potential Economic Bright Side of Plastic Waste for Developing Countries

For decades, wealthy countries have transported plastic trash and its environmental problems to poorer countries, but researchers have discovered a potential upside to this seemingly unequal trade: plastic waste may provide an economic boon to low-income countries. Researchers compared economic measures for 85 countries to 11 years of data on global plastics trade. They discovered that the import of plastic waste was related to growth in GDP per capita in low-income countries.

For decades, wealthy countries have transported plastic trash and the environmental problems that accompany it to poorer countries, but researchers have discovered a potential bright side to this seemingly unequal trade: plastic waste may provide an economic boon to low-income countries.

Yikang Bai of Washington State University and Jennifer Givens of Utah State University examined 11 years of data on global plastics trade against economic measures for 85 countries in a study published in the Journal of World Systems Research. They discovered that the import of plastic waste was linked to higher GDP per capita growth in low-income countries.

Researchers analyzed 11 years of data on the global plastics trade against economic measures for 85 countries. They found plastic waste import was associated with growth in GDP per capita in lower-income countries.

The authors emphasized that plastic waste is still a major issue, particularly in developing countries, because most of it is not recycled, and even recycled plastics have a negative impact on the environment. This study only shows that some plastic waste is purchased and repurposed before being discarded.

Bai and Givens conducted the study by analyzing data from the United Nations and the World Bank on several economic variables as well as trade information on common plastic wastes such as polyethylene and polystyrene, also known as #1 and #2 plastics, respectively. They examined data from 45 high-income countries, mostly in the Global North, such as Europe and the United States, and 40 lower-income countries, mostly in the Global South, such as Botswana, El Salvador, and Vietnam.

The data ranged from 2003 to 2013, allowing the researchers to conduct a longitudinal analysis (showing change over time) that could reveal a strong relationship between the measures. While they discovered a link between economic benefits and plastic waste imports in low-income countries, there was no link between importing waste and economic growth in high-income countries.

While the study did not examine how plastic waste was used in developing countries, the authors note that it is likely that some of it were recycled for use in industry and manufacturing. There was also evidence that low-income countries were trading plastic waste among themselves on a regional scale.

“Most plastic is not recycled – that’s important to remember,” said Givens, an assistant professor of sociology at USU. “Because a lot of plastic waste ends up in landfills or the environment, perhaps the fact that importing plastic waste is associated with economic development in developing countries is a silver lining. Because plastics are made from fossil fuel chemicals, they are recycling some of it and not using virgin materials.”

The researchers emphasized that the global trading of plastic waste is extremely complicated. In the future, they intend to investigate regional trade among countries as well as changes in recent years, particularly in light of China’s decision to stop accepting plastic waste imports in 2018.

“Some may argue that developed countries should develop more ways to better process plastic waste at home rather than looking for other destinations for plastic waste overseas,” he said. “The manner in which we recycle plastic waste differs greatly across the United States. Some communities may do it well, but there is still room for improvement in others. Another way to reduce environmental harm would be to produce and use less plastic.”