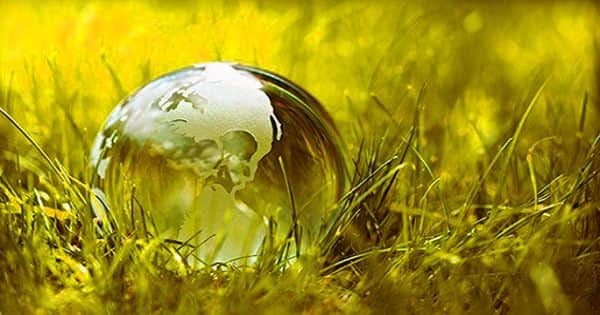 Metals extracted from the Earth’s crust are essential for our everyday products, but their extraction has a significant environmental impact. Once the minerals have been extracted, simply processing them necessitates the use of a slew of chemicals, many of which may be harmful to the environment.

Aalto University researchers have now developed a method to make this process more environmentally friendly. Their cellulose-based compound is not only renewable, biodegradable, and non-toxic, but research shows that it is also more effective than the oil-based commercial frothers currently in use in separating metals.

According to Rodrigo Serna, an Aalto University professor who came up with the idea, the chemical technology used in froth flotation—the process by which metals are separated from ores—has remained relatively unchanged for decades.

Researchers at Aalto University in Finland have developed a new mechanism to process minerals in an environmentally friendlier way compared to current froth flotation mechanisms.

“We wanted to find more environmentally friendly alternatives to these chemicals, so we began researching cellulose derivatives with properties thought to be suitable for frothers. It was quite surprising that the new compound began to produce more minerals than traditional methods even in the first laboratory experiments “Serna explains.

Air bubbles are formed in a mixture of crushed ores, water, and various chemicals during the flotation process. Metal-bearing minerals selectively attach to the bubbles, forming a froth on the surface that is collected. To control the formation and stability of air bubbles, frothers are required.

The cellulose-based compound has several advantages over the state-of-the-art frothers currently in use, according to the researchers. It increases the number of minerals recovered while also speeding up the flotation process. It also works effectively in a wider range of pH conditions, making it less sensitive to changes in process conditions. In some cases, such as with zinc materials, the compound also aids in reducing the need for chemicals in other aspects of processing.

The need for practices with low environmental impact in the field of mineral processing is becoming evident, fueled by the awareness of the public and the commitments of governments to reduce hazardous emissions.

This work builds on the researchers’ previous findings, which were published in journals such as the Journal of Cleaner Production, and tested the technology in the laboratory with minerals containing copper and zinc, as well as in continuous operation at a mini-plant with copper ores. It has also been tested for the recovery of copper from waste streams such as mineral tailings and metal refinery waste slag. Researchers are currently testing the technology on gold-containing minerals.

The team has filed a patent application for the technology under the name CellFroth, and the next step is to look into commercialization options. On a larger scale, the new technology would increase production capacity in mineral processing plants while decreasing the use of other chemicals. It can also handle waste streams with low mineral content. As mineral resources deplete, the mineral processing industry will need to process more low-quality ores to meet demand in the future.

Serna and his colleagues intend to look into commercialization options. According to the scientists, if applied on an industrial scale, the new technology would increase production capacity in mineral processing plants while decreasing the use of other chemicals. It can also handle waste streams with low mineral content.

“The mining industry is under considerable pressure to adopt more environmentally friendly practices. At the same time, they must increase productivity as the demand for raw materials rises and mineral reserves deplete. These do not have to be in conflict with one another “According to Rodrigo Serna.