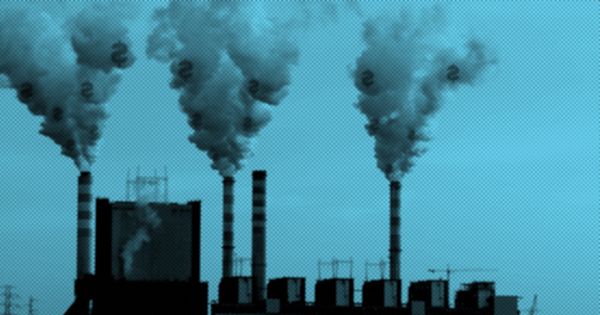 Scientists finding ways to Convert Carbon Dioxide into the Atmosphere

Thanks to a RIKEN study that looked at how nature converts carbon dioxide into more complex organic compounds—one of the processes underlying the origin of life—scientists are getting closer to finding ways to convert carbon dioxide in the atmosphere into industrially useful chemicals. For a long time, nickel complexes have been studied as catalysts in visible-light-driven photocatalytic CO2 reduction.

Finding an energetically efficient way to convert carbon dioxide gas into useful compounds is highly appealing for reducing greenhouse gas emissions in an economically viable manner. Carbon dioxide is converted in nature into carbon monoxide, which is then converted into more complex organic compounds via reactions that are most likely related to the origin of life on Earth. Designing efficient electrocatalysts for the carbon dioxide reduction reaction (CO2RR) is a promising approach to addressing the challenges posed by rising CO2 levels and realizing a closed carbon cycle.

Finding an energetically efficient means to convert carbon dioxide gas into useful compounds is highly attractive for reducing the emission of greenhouse gas in an economically viable way.

These reactions can take a variety of routes, but one, in particular, uses the enzyme carbon monoxide dehydrogenase (CODH), which helps reduce the energetic costs associated with the first step of the reaction: the conversion of carbon dioxide to carbon monoxide. Understanding the CODH enzyme’s catalytic mechanism could thus pave the way for environmentally friendly technological applications while also providing important insights into the origin of life on our planet.

Every enzyme has a unique active site where the relevant reactions take place. Ryuhei Nakamura of the RIKEN Center for Sustainable Resource Science (CSRS) and colleagues have now proposed that a specific atom, nickel, is important in the reaction mechanism that occurs at the active site of the CODH enzyme.

Renewable energy conversion and storage are critical to our global efforts to mitigate the devastating effects of climate change. The electrocatalytic reduction of carbon dioxide to chemicals and fuels, in particular, can bring us closer to a closed-loop anthropogenic carbon cycle. A deeper understanding of reaction mechanisms, material structure, and surface sites is frequently the source of significant breakthroughs.

“CODH is a rare enzyme that uses a nickel-iron sulfide active site rather than the more common iron sulfide clusters,” says co-author Hideshi Ooka. “While our group and others have already reported that adding nickel to iron sulfides improves carbon dioxide reduction efficiency, the reason why nickel is important was unknown due to a lack of in situ spectroscopic studies,” says Ji-Eun Lee, also of CSRS.

Only in the presence of nickel, which binds to carbon while iron binds to oxygen, did carbon dioxide reduction occur. The iron-sulfur and nickel cluster catalyzed the further reduction of carbon monoxide into the formyl group, which was then converted into methane and ethane as the potential increased.

Nakamura and colleagues’ work has provided a molecular-level understanding of nickel-enhanced carbon dioxide reduction, providing important insights for the development of biomimetic catalysts.

“Our findings also show that carbon dioxide reduction is possible on the surface of minerals, implying that nickel-iron sulfides may have contributed to prebiotic carbon dioxide fixation,” Nakamura says.