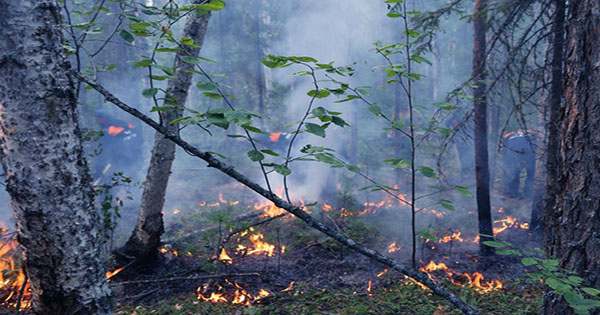 From the Mediterranean to North America, large parts of the Northern Hemisphere are engulfed in extraordinary wildfires this summer. However, all these fires combined do not rival the fires still burning in Siberia. According to Greenpeace Russia, between January and August 2021, a total of 13.4 percent in Russia, million hectares (33.1 million acres) of forest have been burned.

Most of the fires are found in the northeastern part of the Sakha Republic (Yakutia), Russia’s largest and coldest region. Alexei Yaroshenko, head of Greenpeace Russia’s forestry department, told the Moscow Times this week that the largest wildfires currently exceed 1.5 million hectares and they expect it to be the largest in recorded history. “This fire needs to grow to about 400,000 hectares to be the largest in recorded history,” he said. Speaking to the Washington Post, Yaroshenko further commented that the fire in Siberia is bigger than the combined fires of Greece, Turkey, Italy, the United States and Canada.

Smoke has even been seen in Ulaanbaatar, the capital of Mongolia, western Greenland, and Nunavut in northern Canada. Despite the icy image, Siberia is not unfamiliar with wildfires. Both 2020 and 2019 saw intense wildfires in the area, but this year was particularly violent. The twenty-first century saw only two years that lost the current scale of wildfires: 2012, when 16 million hectares (39.5 million acres) of forests were burned, and 2003 when 14.5 million hectares (35.8 million acres) were burned.

To prevent such disasters in the future, Greenpeace Russia has called on the Russian government to list more forests as protected and to eliminate fire practices from agriculture and forestry as much as possible. The cause of the fire can finally be found in humans. The current wildfires are record-breaking heatwaves and severe droughts, which have probably been exacerbated by climate change.