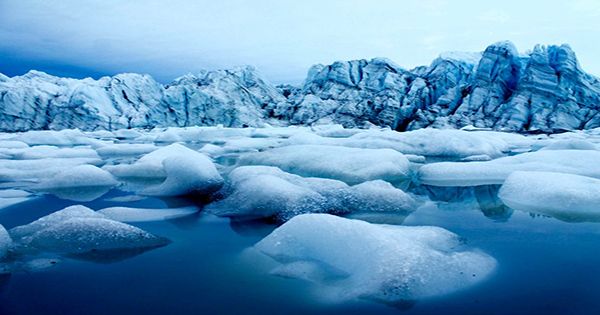 The Antarctic Circumpolar Circulation, maybe more than any other ocean current, has a significant impact on the Earth’s climate (ACC). Even as we fear that rising global temperatures are slowing one of the world’s biggest currents, we now have data that the ACC is speeding up, as most climate models projected. The roaring forties, as well as the lesser-known but much quicker furious fifties and screaming sixties, are the winds that blow constantly to the east surrounding Antarctica.

Years of monitoring have showed that these are increasing, owing to a combination of rising global temperatures and stratospheric ozone depletion, but our knowledge of the waters below is limited.

Dr. Jia-Rui Shi of the Woods Hole Oceanographic Institute has now helped integrate satellite data with evidence from ocean floats to figure out not just what is going on with these currents, but why. Shi and co-authors claim in Nature Climate Change that the current is becoming stronger, and those increasing ocean temperatures are to blame.

Because the wind blows on water, particularly the tops of waves, the ACC occurs. Greater winds, on the surface, would seem to imply stronger currents. However, climate models show that if wind speeds increase above present levels, the benefits would be minor since much of the additional energy supplied by the wind will be lost in eddies, where water spins off the main circulation, often in the opposite direction.

“We conclude that the large ocean current acceleration reported in recent decades is caused by ocean heat change, based on both measurements and simulations,” Shi said in a release.

While the Gulf Stream’s deterioration might have severe effects for northern Europe, “This speedup of the ACC, especially its jet focused on the Subantarctic Front, allows property interchange, such as heat or carbon, between ocean basins and offers the chance for these characteristics to rise in subsurface subtropical areas,” Shi said.

The ozone whole’s closure is predicted to somewhat offset the impacts of rising global warming on Antarctic wind speeds. The increasing temperature is predicted to produce continued strengthening for some time in the ACC, where ozone is just a small impact.

There was no way for seas to travel around when South America and Australia were joined to Antarctica, thus ocean currents carried warm water from the equator to lap at Antarctica’s boundaries. These heats kept Antarctic summers cool enough for forests to thrive and prevented permanent ice sheets from forming. Even when the continents parted, enough left behind to prevent the formation of the current force, which has a flow rate of almost a hundred million cubic meters per second.

The ACC was established about 30 million years ago when the Drake Passage opened up and Tasmania migrated far enough north to stop interfering with the eastward flow, isolating Antarctica. Because permanent ice reflected more light, the consequences increased the temperature of the entire globe.