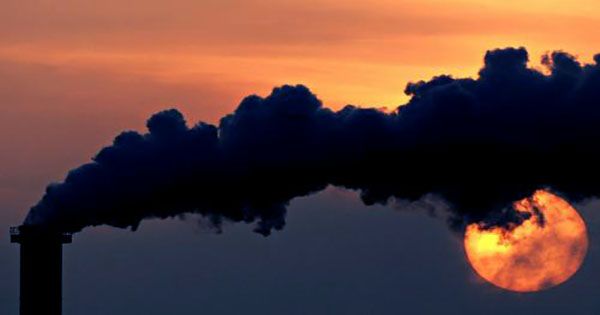 Look to your left. Now, look at the person to your right. Congratulations! All three of you have killed someone. That is, I assume you are American. If you live in Brazil, you need to find 24 people to help you make a living. If you live in Nigeria, good luck: you need 146 people. What are we talking about? Well, an analysis published this week in the journal Nature Communications shows a “carbon death rate” – that is, how many lives will be lost as a result of the world’s use of carbon – and the results are stark.

Compared to the 2020 rate of CO2 emissions per 4,434 metric tons – which is equivalent to the lifetime emissions of about 3.5 Americans – one person dies. Now, despite the bombing lead, it shouldn’t actually be said that every American would kill one-third of people in their lifetime. This means that, as the emission levels are, the lifetime carbon footprint of an American corresponds to 0.29 percent of human deaths from climate change in the next century.

You may have noticed that in most cases we are talking about US estimates. The “average” person worldwide migrates about one-fourth of their lifetime carbon emissions as Americans; as we mentioned earlier, a lifetime of carbon emissions from a Brazilian is enough to kill just 0.04 people-one-seventh of what an American can kill.

In Nigeria, the number of lifetime homicides is even lower at 0.01. Only five countries are worse off than the United States: Saudi Arabia, Qatar, Kuwait, the United Arab Emirates, and Australia. “If you follow climate policies that are more aggressive than usual in business, a significant number of lives could be saved,” study author Daniel Bressler told The Guardian. “I was amazed at how large the death toll was. There is some uncertainty about this, the number may be less but it may be much higher.

This uncertainty is due to many reasons. For one thing, Bressler’s estimates are based on a number of core studies, each with its own range of errors. His conclusions were therefore based on the central assumptions of this study. For another thing, Bressler’s research is only responsible for deaths due to temperature rise. It was an intentional choice, the study said, in stark contrast to the trope of “climate change ftw” that has recently caused the BBC so much trouble.