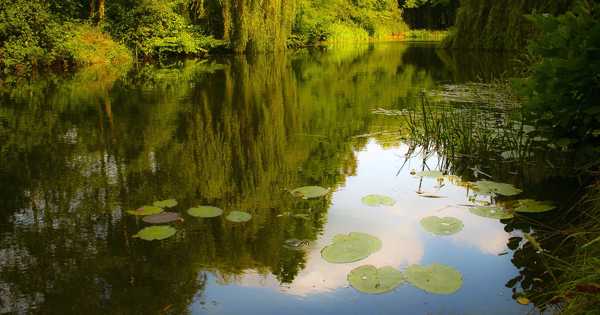 The Recovery of Agricultural Ponds can Support to Save Our Pollinators

Pollinating insects such as bees, butterflies, hoverflies, and wasps interact with plants more at well-managed farmland ponds than at those heavily overgrown by trees, according to a new study led by UCL researchers. The UCL Pond Restoration Group conducted the study, which was published in Agriculture, Ecosystems, and Environment; since 2014, the research team has been working with the Norfolk Ponds Project, assisting in the implementation of pond restoration, with the goal of demonstrating how conservation and farming can coexist.

Lead author Ph.D. researcher Richard Walton (UCL Geography) explained the study, saying that “for several decades, a great deal of effort has gone into habitat creation or protection on UK farmland, in an attempt to halt the dramatic declines in pollinating insects.”

Pollinating insects such as bees, butterflies, hoverflies, and wasps, interact more with plants at well-managed farmland ponds than those that are severely overgrown by trees.

“At the same time, many farm ponds have been infilled to create more agricultural land, and many remaining ponds have suffered poor ecological health, with overgrown trees and shrubs making them dark and inhospitable – leading to declines in species diversity.”

“However, proposed management of pond habitats through restoration has not previously focused on pollinators.” We investigated the effects of tree/shrub management at farmland ponds on plant-pollinator interactions in order to determine the benefits of restoration for pollinators in UK farmland.”

For this study, researchers carried out assessments at nine ponds in North Norfolk; three were ‘long-term managed ponds’, subjected to light-to-moderate removal of woody vegetation about once or twice every decade over the last 40 years; three were ‘recently restored ponds’ with major removal of woody vegetation and sediment, and three were ‘overgrown’ ponds’, shrub and tree dominated resulting from at least 30-40 years of abandonment.

Plant-pollinator interactions were found to be the most complex at ponds that had either been restored from a fully overgrown state or had been long-term managed with some occasional tree and shrub removal every decade over a 40-year period, as opposed to those that were overgrown and had no management strategy.

At the long-term managed and restored ponds, the number of pollinating insect species and the number of plant species with which they interacted was highest, resulting in a greater number of interactions between plants and pollinators.

Water mint (Mentha aquatica), a high-reward plant, was also present in long-term maintained and restored ponds, but not in ponds that had been overgrown with trees and bushes, attracting a variety of pollinating insects. Meanwhile, subsequent research into plant-pollinator interactions revealed that ponds that had a periodic tree and shrub management or were being recovered from an overgrown state had more stable plant-pollinator networks, making them more tolerant to natural and human-made disruptions.

These findings can help landowners and environmentalists make better judgments about how to manage pond ecosystems while both protecting and supporting pollinators, according to the researchers.

“Previous research on rural pond management and restoration done through the Norfolk Ponds Project and other pond studies sponsored by UCL has demonstrated considerable benefits for aquatic animals,” stated lead author Richard Walton. It’s fascinating to observe how pond management and restoration affect our pollinating insects beyond the aquatic world, as demonstrated by this study.

Pond environments, according to our research, can be fantastic food sources for pollinator populations in trouble. The number of various plants available to pollinating insects increases dramatically when trees and shrubs growing around farming ponds are carefully managed, and we see pollinators take advantage of the improved resources.

This study reveals that pond management and restoration increases not just the diversity of plants and pollinators, but also their interactions, thereby stabilizing and preserving the ecological links that are so important to a healthy countryside.

“And, in the end, this can benefit us, because healthy plant-pollinator connections can lead to ecosystem services like crop pollination, not to mention the simple joy of watching a bug visit and feed on a wildflower.”

“This research proves the point that restoring old overgrown ponds, as we have been doing via the Norfolk Ponds Project, is great for all kinds of wildlife, including the pollinators that we so desperately need to conserve in our ever-pressured farmlands,” said co-author Professor Carl Sayer (UCL Geography).

“On a hot summer day, nice ponds practically hum, and there’s no doubt that they’re oases for all kinds of insects.” The UCL Pond Restoration Group, in collaboration with the Norfolk Ponds Project, has assisted in the restoration of over 250 ponds in Norfolk since 2014.