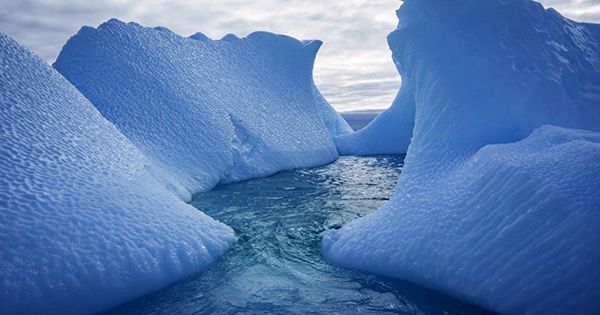 The South Pole Just Experienced Its Coldest Winter on Record

This summer was characterized by extremes. The Northern Hemisphere was devastated by excessive heat and weather events, while Antarctica saw even colder than typical temperatures throughout the winter months, including the coldest winter at the South Pole since records began. While scientists have praised this remarkable and unique achievement, Antarctica and the Earth as a whole continue to warm at an alarming rate.

Between April and September, the average temperature at the Amundsen-Scott South Pole Station, which is where the geographic South Pole is located, was -61.1°C (-78°F), the lowest since records began in 1957. The numbers were first published by Italian writer Stefano Di Battista, who noted that the temperature was -2.5 degrees Celsius (-4.5 degrees Fahrenheit) lower than the 30-year norm for winter months.

Dr. Richard Cullather of NASA’s Global Modeling and Assimilation Office confirmed the figures to The Washington Post. The colder season was likely owing to the stronger polar vortex, which appears to have contributed to the unexpected cold around the South Pole, according to Dr. Amy Butler, an atmospheric scientist at NOAA. “Basically, the winds in the polar stratosphere have been greater than typical,” Dr. Butler explained, “Which is connected with the jet stream shifting toward the pole.” “The cold air is trapped over much of Antarctica as a result of this.”

In May, the situation appeared to turn around, with satellite data showing a 9°C (16.2°F) higher-than-normal anomaly in the Weddell Sea than the usual temperature for the month. The extent of sea ice around the continent was affected because of this anomaly. For most of the continent, June saw a return to bitterly cold weather, with an even more dramatic anomaly in surface air temperature than April did. Temperatures in the coldest location fell 10 degrees Celsius (18 degrees Fahrenheit) below the 20-year average for June.