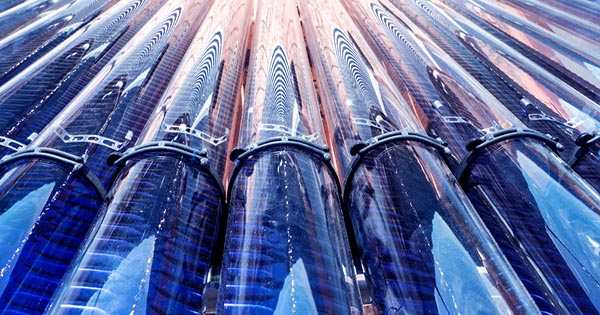 To Avoid Climate Meltdown, most Fossil Fuels Must Stay in the Ground

According to a new study published in the journal Nature this week, the vast majority of the world’s fossil fuel reserves must remain in the ground if the world is to avert a full-fledged climate catastrophe.

Modeling by scientists at University College London revealed that by 2050, 60 percent of current oil reserves, 60 percent of fossil methane gas reserves, and 90 percent of coal reserves must remain in the ground if Earth is to have a 50 percent chance of keeping global warming to 1.5 degrees Celsius (2.7 degrees Fahrenheit) above pre-industrial levels.

“The grim image depicted by our scenarios for the global fossil fuel sector is very likely an underestimation of what is required,” the report finds. “As a result, the output would have to be restricted much faster.”

It is not possible to completely abandon fossil fuels; many portions of the world still rely on them for energy and financial earnings. As a result, the study divided down the analysis by region, determining how much of each region’s fossil fuel reserves must remain untapped while still satisfying energy demands to stay under the 1.5 °C (2.7 °F) limit.

To achieve the huge reduction in fossil fuel use, much of the world must begin reducing fossil fuel output right now. Although some regions may have until 2025 to begin cutting production, it is clear that worldwide production will reach a peak soon. If we want to stay below 1.5 degrees Celsius (2.7 degrees Fahrenheit) of global warming, worldwide oil and gas production must fall by 3% every year until 2050. According to the findings, the US must maintain 31 percent of its oil reserves, 52 percent of its gas reserves, and 97 percent of its coal reserves untapped.

For China and India, it accounts for 47% of their oil reserves, 35% of their gas reserves, and 76% of their coal reserves. All underdeveloped Arctic reserves must, above all, remain in the ground.

According to the Intergovernmental Panel on Climate Change (IPCC), a world that is 1.5 degrees Celsius (2.7 degrees Fahrenheit) warmer will bring concerning changes to our globe, including increased heat waves, longer warm seasons, shorter cold seasons, and an increase in extreme weather occurrences.

According to the IPCC report, we may hit this ominous milestone by 2050. Nonetheless, the authors of this study say that we should continue to work to leave the vast majority of fossil fuel sources untapped, as any reduction in carbon emissions will help to mitigate the effects of the climate catastrophe.

“The IPCC predicted that we may have already hit 1.5 °C [2.7 °F] by 2040, but reaching as near to 1.5 °C [2.7 °F] as feasible will off-set repercussions of our changing climate,” said Dan Welsby, study author and researcher at UCL’s Institute for Sustainable Resources, at a news conference.