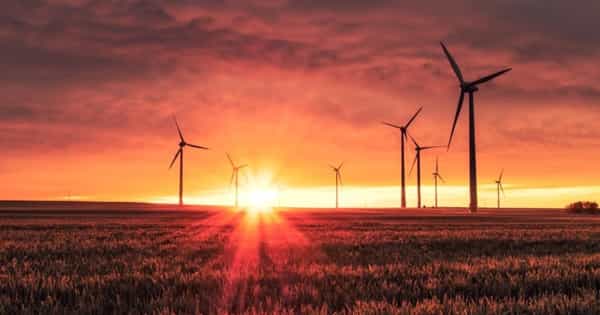 Wind energy has the Potential to Significantly Reduce Global Warming

Wind energy has the potential to mitigate global warming. According to the Union of Concerned Scientists, it is the fastest-growing global source of electricity. Wind energy avoided the release of 79.9 million metric tons of CO2 into the atmosphere in the United States in 2012, which is equivalent to taking 14 million cars off the road. Despite wind energy’s enormous potential as a clean, renewable energy source, political, technical, and economic barriers remain.

According to new Cornell University research, implementing advanced wind energy scenarios could result in a reduction in global warming atmospheric average temperatures of 0.3 to 0.8 degrees Celsius by the end of the century.

“Early action will pay dividends,” said Rebecca Barthelmie, professor of mechanical and aerospace engineering at the Sibley School of Mechanical and Aerospace Engineering. “In terms of mitigating the worst effects of climate change, our findings show that accelerating wind-energy technology deployment is a logical and cost-effective component of the necessary strategy. Waiting any longer will necessitate more drastic action.”

The study was co-authored by Barthelmie and Sara C. Pryor, professor in the Department of Earth and Atmospheric Sciences. Climate is the journal where it was published. Other greenhouse gas reduction strategies, they say, will be required to avert environmental disaster.

Implementing advanced wind energy scenarios could achieve a reduction in global warming atmospheric average temperatures of 0.3 to 0.8 degrees Celsius by the end of the century, according to new research.

The Intergovernmental Panel on Climate Change (IPCC) Working Group I Sixth Assessment Report, released in early August, stated that climate change is rapid and intensifying and that the Earth’s atmosphere could add 1.5 degrees Celsius of average warming by 2040. The IPCC report stated that transformational change is required to avoid further warming.

“Our work shows that it is feasible for the United States to accelerate its deployment of wind energy to significantly reduce carbon dioxide emissions, and that will make a real difference to the kind of warming that the world experiences,” Barthelmie said.

According to Pryor, global wind resources exceed current electricity demand, and the cost of energy from wind turbines has dropped dramatically. “It makes perfect sense to deploy wind energy quickly as a key component of decarbonizing the electricity supply,” she said.

According to the US Energy Information Administration, the United States generates 8.4 percent of its electricity from wind as of 2020, with six states (Texas, Iowa, Oklahoma, California, Kansas, and Illinois) containing more than half of the wind energy capacity.

Wind turbines are now installed in 90 countries, generating about 7% of global electricity, according to Barthelmie, and the installed capacity of wind energy continues to grow. Solar and wind energy have become less expensive than fossil fuels. “So there really aren’t any arguments for not making this kind of change anymore,” Barthelmie said. “Advanced deployment scenarios are technically and economically feasible. More political will is required.”

While some theories are more controversial than others, recent research has found links between climate change and the behavior of the Northern Hemisphere jet stream, the westerly winds around Antarctica, and other global air circulation patterns. Furthermore, some modeling studies have suggested that continued warming could cause significant shifts in the regions of the world with the most potential wind power, namely, declines in the Northern Hemisphere and some potential gains in the global South.

Determining where these changes are likely to occur is critical for long-term planning, such as where to invest in new wind farms and what to expect from existing ones. And, if the new study is correct, both natural climate cycles and the ongoing effects of global warming should be considered.