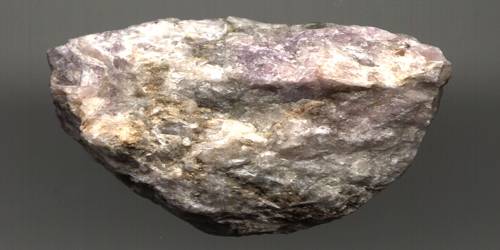 Baryte or barite (BaSO4) is a mineral consisting of barium sulfate. It is well-known for its great range of colors and varied crystal habits. It is easily identifiable by its heavyweight since most similar minerals are much lighter. The baryte group consists of baryte, Celestine, anglesite, and anhydrite. It is generally white or colorless and is the main source of barium. Baryte and Celestine form a solid solution (Ba, Sr)SO4.

The radiating form sometimes referred to as Bologna Stone, attained some notoriety among alchemists for the phosphorescent specimens found in the 17th century near Bologna by Vincenzo Casciarolo. Baryte occurs in a large number of depositional environments and is deposited through a large number of processes including biogenic, hydrothermal, and evaporation, among others. It occurs in various depositional environments being deposited through a number of processes like hydrothermal, biogenic, and evaporation. Its commonly occurs in lead-zinc veins in limestones, in hot spring deposits, and with hematite ore. It is often associated with the minerals anglesite and Celestine. It has also been identified in meteorites. Barite is commonly found in hot spring deposits and lead-zinc veins of limestone. It is frequently found along with hematite ore. This mineral has also been found in meteorites.