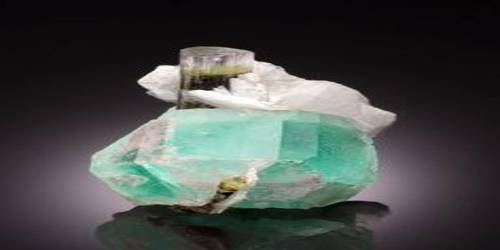 Billwiseite is a very rare oxide mineral found at the pegmatite commonly referred to as “Stak Nala” located within a few hundred yards from the village of Toghla in the Stak Nala, Gilgit-Baltistan Pakistan. It has only been found as a coating on a single crystal of lepidolite. The sole rock containing Billwiseite is kept at the Royal Ontario Museum, catalog number M5595.

It was discovered by an international group of geologists, and accepted by the IMA in 2010. Its discovery was announced in Mineralogical Magazine in 2011 and was described in detail in 2012 in The Canadian Mineralogist by Hawthrone et al. It is transparent, pale yellow (with a tinge of green), has a colorless to very pale-yellow streak, a vitreous luster, and is inert to ultraviolet radiation. It contains four relatively uncommon elements: antimony, niobium, tantalum, and tungsten. It is named after William Wise, a mineralogist from the University of California, Santa Barbara.

The most abundant minerals in the cavities at Stak Nala are albite, quartz, K-feldspar, tourmaline, muscovite or lepidolite, topaz and fluorite, and billwiseite can be partly mantled by borian muscovite.