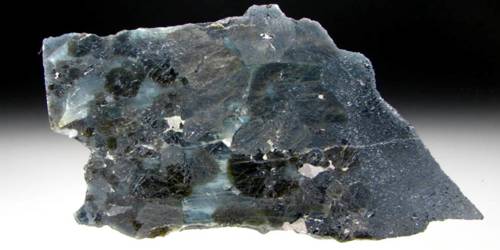 Braggite is a sulfide mineral of platinum, palladium, and nickel with chemical formula: (Pt, Pd, Ni)S. It is a dense (specific gravity of 10), steel grey, an opaque mineral which crystallizes in the tetragonal crystal system. It is the central member of the platinum group end-members cooperite and vysotskite.

It was first described in 1932 for an occurrence in the Bushveld Igneous Complex of South Africa. Its name came from William Henry Bragg (1862–1942) and his son, William Lawrence Bragg (1890–1971). It was the first mineral that was discovered with the assistance of X rays. Braggite appears steel grey to silvery white to the naked eye. When viewed through a petrographic microscope, under the plane polarized light, braggite is white and slightly bireflectant and lacks reflectance pleochroism. Observing between crossed polars, its anisotropy is distinct in the air and is characterized by a purplish-grey to brown-grey tint. Relatively large crystals (up to 8 mm long) are not unusual for braggite and fracturing are common. Braggite has a measured specific gravity of 10 and calculated specific gravity of 9.383. Twinning is rarely observed.