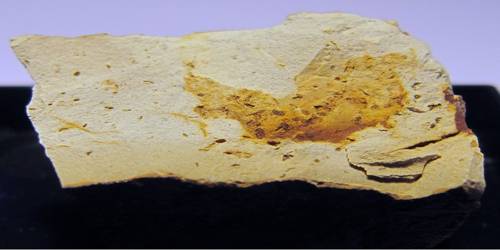 Buddingtonite is ammonium feldspar with the formula: NH4AlSi3O8 (note: some sources add 0.5H2O to the formula). It is the ammonia feldspar originally found at this locality as a low-temperature hydrothermal replacement of plagioclase from ammonia bearing hot springs.

It forms by hydrothermal alteration of primary feldspar minerals. It is an indicator of possible gold and silver deposits, as they can become concentrated by hydrothermal processes. It crystallizes in the monoclinic crystal system and is colorless to white with a vitreous luster. Its structure is analogous to that of high sanidine (KAlSi3O8). Buddingtonite has a hardness of 5.5 and a specific gravity of 2.32.

It was named for Arthur Francis Buddington (1890–1980), a petrologist at Princeton University. Buddingtonite was discovered in 1964 at the Sulfur Bank mine near Clear Lake in Lake County, California (Erd et al., 1964). Clear Lake is at the north end of The Geysers geothermal area. It also occurs in the Tonopah, Nevada (Felzer et al., 1994) area and in hydrothermal areas in New Zealand (Yang et al., 2001) and Japan. It has also been reported from the sedimentary Phosphoria Formation in Idaho (Gulbrandsen, 1974), South Dakota (Solomon & Rossman, 1988), Wyoming, and Montana. It occurs in the oil shale deposit, near Proserpine, Queensland, Australia (Loughan, et al., 1983).

Buddingtonite may have developed directly from volcanic glass in the presence of abundant ammonium, derived from the decomposition of organic matter, in interstitial waters, or it may have formed at some later diagenetic stage from other products of volcanic glass alteration, such as montmorillonite or zeolites.