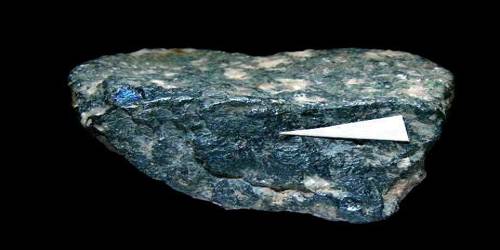 It can be identified in the field by its color variations such as grey-brown and black. Its opaque form has {001} good and {100} distinct cleavage. The density of bukovite is 7.36 g/cm3 with a hardness of 2- approximate to gypsum. It was first described in 1971 for an occurrence in the Bukov uranium mine, Rožná deposit, Vysočina Region, Moravia, Czech Republic. It has also been reported in Skrikerum, near Tryserum, Kalmar, Sweden; near Vernet-la-Varenne, Puy-de-Dôme, France; and Tuminico, Sierra de Cacho, La Rioja Province, Argentina.