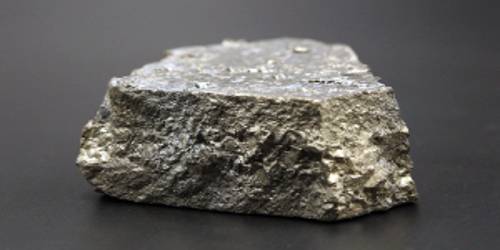 Cerium is a chemical element with symbol Ce and atomic number 58. Cerium is a soft, ductile and silvery-white metal that tarnishes when exposed to air, and it is soft enough to be cut with a knife. Cerium (Ce) was discovered in 1803 by both Klaproth and by Berzelius and Hisinger. However, Hillebrand and Hisisnger produced the metal much later in 1875. It is the most abundant of the rare earth metals and is found in a number of minerals, which include allanite (also know as orthite), monazite, bastnasite, cerite, and samarskite. Monazite and bastnasite are presently the two most important sources of cerium.

Cerium is the second element in the lanthanide series, and while it often shows the +3 oxidation state characteristic of the series, it also exceptionally has a stable +4 state that does not oxidize water. It is also traditionally considered one of the rare-earth elements. It has no biological role and is not very toxic. Cerium is an iron-grey lustrous metal, and is malleable and oxidizes very readily at room temperature, especially in the moist air. It is the most reactive of the rare earth metals except for europium. Both alkali and acid solutions attack the metals rapidly. The pure metal is likely to ignite if scratched with a knife-like instrument.

Despite always being found in combination with the other rare-earth elements in minerals such as those of the monazite and bastnäsite groups, cerium is easy to extract from its ores, as it can be distinguished among the lanthanides by its unique ability to be oxidized to the +4 state. It is the most common of the lanthanides, followed by neodymium, lanthanum, and praseodymium. It is the 26th most abundant element, making up 66 ppm of the Earth’s crust, half as much as chlorine and five times as much as lead.

Today, cerium and its compounds have a variety of uses: for example, cerium(IV) oxide is used to polish glass and is an important part of catalytic converters. Cerium metal is used in ferrocerium lighters for its pyrophoric properties. It  is the most abundant of the rare earth elements. It makes up about 0.0046 % of the Earth’s crust by weight.

Cerium is a component in Misch metal (German for mixed–metal), which is used in the manufacture of: