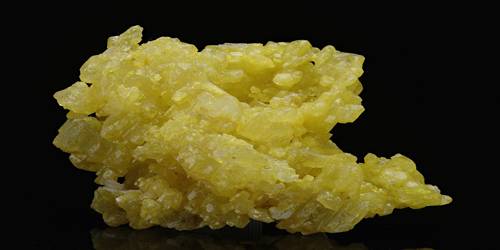 Charlesite is a sulfate mineral of the ettringite group. It is a trigonal-ditrigonal pyramidal mineral containing aluminum, boron, calcium, hydrogen, oxygen, silicon, and sulfur. This mineral is extremely rare, and when it is found it is often in crystal (but not gem) form.

Charlesite was named in 1945 after Dr. Charles Palache mineralogist and professor at Harvard University for his work on minerals. This species is found at very few locations and can occur in many color forms and habits. Its crystals are soft hexagonal, that can vary in color. Colors can range from clear to white, or even a pale yellow or pink. The brittle mineral’s Mohs hardness is 2.5 with a specific gravity of 1.79. Though transparent to the eye the mineral has a white streak.

Charlesite has only been found in a few specific locations in the world. The first was its place of discovery in Franklin Mine in Franklin, Sussex County, New Jersey. It was located immediately above the 800 level, about 15 feet into the ore from the hanging wall. The ore mostly consisted of franklinite and willemite and several other minor minerals. The crystals found at this location were up to 6mm in length and were suspected to have grown alongside clinohedrite crystals.

Several of the other recorded places are Germany, Japan, Norway, Romania, and Slovakia.

Due to its rarity, there are not very many uses for charlesite. Though there is not much of the mineral, one of the major uses for the ones that reach the standards is gems. Due to its softness, it will not be found in much jewelry.

Some other uses could be for studying (the reasons for the rarity of the mineral), teaching mineralogy classes, or even items for collectors or museums of rare minerals.