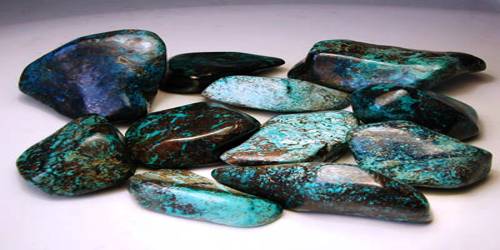 Chatkalite is a copper, iron, tin sulfide mineral with formula Cu6Fe2+Sn6S8. It is a tetragonal-scalenohedral pale rose mineral containing copper, iron, sulfur, and tin. It crystallizes in the tetragonal crystal system and forms as rounded disseminations within tetrahedrite in quartz veins.

Chatkalite was first located in the sulfide-bearing quartz veins of the Chatkal-Kuramin Mountains in eastern Uzbekistan in 1981. Chatkalite has also been located in few other places since then namely Ubertad Mine, Quirulvica Province of Santiago de Chuco, Peru, Mine McCoy, McCoy district, Lander County, Nevada US and Eugenia Maria Vein, Cerro Shortcut, Catamarca, Argentina. Chatkalite can have sizes ranging from rounded grains of about 100 microns when found within a tetrahedrite. It has a metallic luster, a hardness of 274 on the Vickers scale and a hardness of 4.5 on the Mohs scale. It has a color of pale rose in reflected light with no internal reflection.