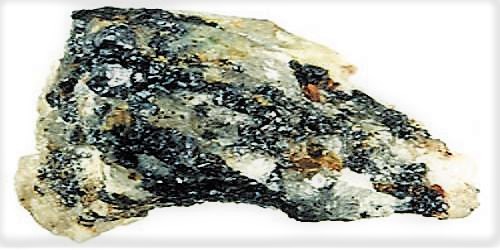 The mineral name derives from cuprum (Latin for copper) and aluminum. Its holotype (defining sample) is preserved in the Mining Museum in Saint Petersburg, and parts of it can be found in other museums, such as Museo di Storia Naturale di Firenze. Cupalite forms dendritic, rounded or irregular grains, typically below 0.1 millimeters in size, which are intergrown with khatyrkite. Their Mohs hardness is between 4 and 4.5 and Vickers hardness is in the range 272–318 kg/mm2 for a 20–50 gram load.

In black slick washed from greenish gray cover weathering from serpentine. It was discovered in 1985 in placers derived from serpentine, in association with another rare mineral khatyrkite (CuAl2). Both minerals are thus far restricted to the area of Listvenitovyi Stream, in the Khatyrka ultramafic (silicon-poor) zone of the Koryak–Kamchatka fold area, Koryak Mountains, Beringovsky District, Chukotka Autonomous Okrug, Far Eastern Federal District, Russia.