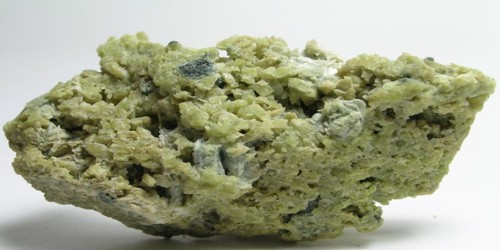 It is thought to be a contact mineral formed at a high temperature on the interface between volcanic rocks and limestone. It is also reported in meteorites. Variety of Augite originally described from the Val D’Fassa region in Italy which has a low iron content. This is usually responsible for this variety having a lighter green color and increased translucency then other most Augite.