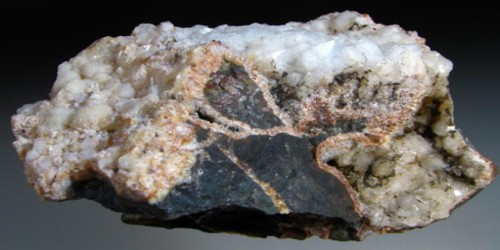 Fluellite is a mineral with the chemical formula Al2(PO4)F2(OH)•7H2O. It is a mineral consisting of aluminum fluoride in colorless or white crystals. It is an orthorhombic-dipyramidal mineral containing aluminum, fluorine, hydrogen, oxygen, and phosphorus.

The name is from its chemical composition, being a fluate of alumine (French). It was first described in 1824 for an occurrence in the Stenna Gwyn Mine, St Stephen-in-Brannel, St Austell District, Cornwall, England. It is a rare secondary mineral found in complex granite pegmatites where it forms by weathering of earlier phosphate minerals. It’s crystals nearly identical from each deposit as colorless orthorhombic dipyramids with pinacoidal faces.

Notable occurrences are Hagendorf pegmatite, Willard mine, Nevada and South Rasmussen mine, Idaho. Other localities for Fluellite include in England, Germany, the Czech Republic, Belgium, Italy, Australia, Argentina, Kazakhstan etc.