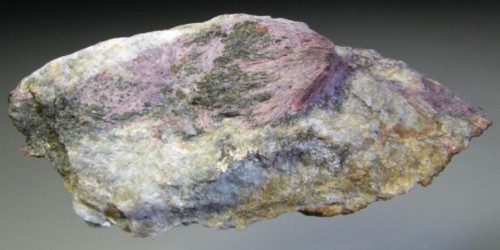 Fluoborite’s crystal system is hexagonal, meaning it has one six-fold axis of rotation. It also has a mirror plane perpendicular to the c-axis. Fluoborite is uniaxial, just like all other hexagonal minerals. Uniaxial means it has only one optic axis. It is anisotropic. Its relief is low, and it is birefringent. Fluoborite is a transparent, non-magnetic mineral having indistinct cleavage, vitreous luster and a white streak. This mineral is either colorless or occurs in colors of violet and white. It has fluorescent characteristic and occurs as needle-like, prismatic or stellate crystals. Fluoborite has a density of 2.89 g/cm3 and relative hardness of 3.5.