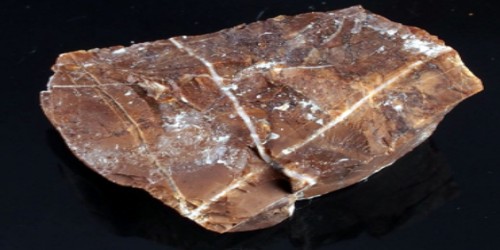 Geigerite is a mineral, a complex hydrous manganese arsenate with the formula: Mn5(AsO3OH)2(AsO4)2·10H2O. It is a triclinic-pinacoidal mineral containing arsenic, hydrogen, manganese, and oxygen. It was named after Dr. Thomas Geiger of Switzerland who stidies the Falotta manganese ores where Geigerite gets its type locality in the Falotta mine in Switzerland. It was discovered in Grischun, Switzerland in 1989.

It was named in honor of Thomas Geiger (1886–1976), Wiesendangen, Switzerland, who studied the Falotta manganese ores. It forms triclinic pinacoidal, vitreous, colorless to red to brown crystals. It has a Mohs hardness of 3 and a specific gravity of 3.05. It is found formed by the metamorphism of manganese oxide ores in radiolarite cavities.

Geigerite can be found in the abandoned manganese mine in Oberhalbstein, Switzerland. It is mainly found in cavities in adiolarites, which are a form of igneous rock that has either a radial or fanlike texture of crystals. It occurs in two additional localities in the Gozaisho mine on Honshu Island in Japan and at the Monte Negro mine in Liguria, Italy.