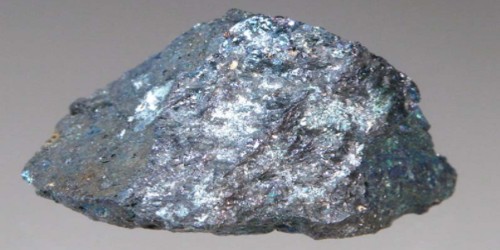 Germanite is a brown or red gray mineral having a dark gray streak and metallic luster. It is opaque and has an average density of 4.5 g/cm3 and hardness of 3. Its fractures are brittle as displayed by glasses and non-metallic minerals.

Its type locality is the Tsumeb Mine in Namibia where it occurs in a hydrothermal polymetallic ore deposit in dolostone in association with renierite, pyrite, tennantite, enargite, galena, sphalerite, digenite, bornite, and chalcopyrite. It has also been reported from Argentina, Armenia, Bulgaria, Cuba, Democratic Republic of Congo (Zaire), Finland, France, Greece, Japan, Republic of Congo (Brazzaville), Russia and the United States.