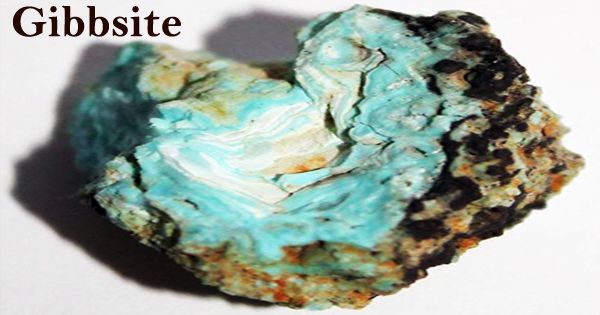 The mineral aluminum hydroxide, Gibbsite, Al(OH)3, is an essential constituent of bauxite (q.v.) deposits. It is commonly referred to as γ-Al(OH)3 (but also as alp-Al(OH)3). It is also called hydrargillite (or hydrargyllite) at times. It is of secondary origin in substantial deposits, but small-scale hydrothermal sources are known. Gibbsite is a significant aluminum ore in that it is one of the three primary phases of rock bauxite.

Gibbsite may grow from any aluminum content, in particular feldspars and feldspars, under severe weather conditions; it may shape from them directly or from boehmite or after the intermediate formation of clay minerals. It has three structural polymorphs or polytypes that are called: bayerite (often referred to as alpha-Al(OH)3, but also as beta-Al(OH)3), doyleite, and nordstrandite. With bauxites from Arkansas, Jamaica, Suriname, Guyana, Brazil, West Africa, and India, Gibbsite is prominent. 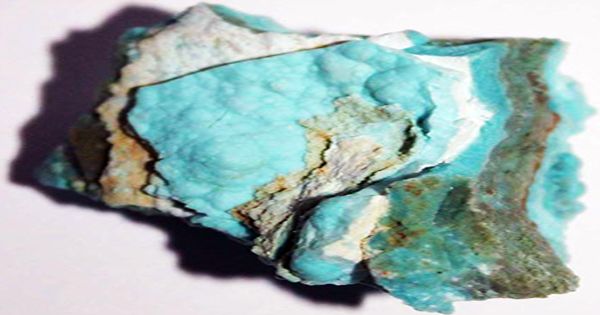 Gibbsite’s structure is fascinating and similar to the micas’ basic structure. Stacked sheets of connected octahedra are generated by the fundamental structure. Synthetic gibbsites are manufactured from bauxite or high alumina materials for use in the manufacture of chemicals for aluminum metal and alumina. The structure of Gibbsite is closely aligned with the structure of brucite, Mg(OH)2. However, as opposed to gibbsite’s aluminum (+3), the lower charge in brucite’s magnesium (+2) does not require that one-third of the octahedrons be empty of a central ion in order to retain a neutral sheet. Gibbsite and brucite’s distinct symmetry is due to the different way the layers are stacked.

Gibbsites, natural or synthetic crystals, are typical of micrometric size; their arrangement is triclinic, but with pseudohexagonal profiles and hexagonal base prisms, typical shapes are tabular. Except that the hydroxides are substituted by oxygen, the basic structure of corundum is similar to gibbsite. Since the charge of oxygen is -2, the layers are not neutral and require that they be bonded to other aluminiums above and below the initial layer creating the structure of the corundum structure. 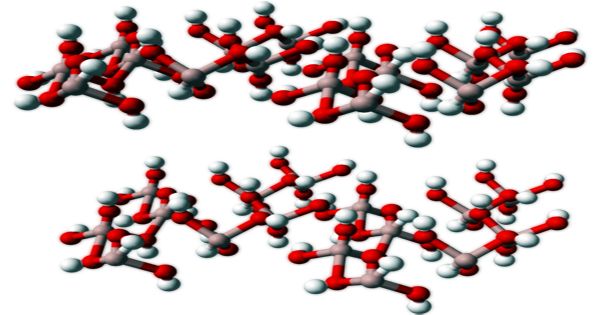 Brown et al. were the first to show that at normal pressure, the thermal decomposition of gibbsite crystals can obey dual transformations; the first leads to the series of chi-alumina and the second to the series of boehmite (AlOOH) or gamma. In relation to the gibbsite axis, all transformations are pseudomorphic and topotactic. Several alumina structures, the so-called transition aluminas, and both ends are formed in alpha-alumina at 1100 °C in both sequences.

Since it is mostly found as part of the structure of other minerals, Gibbsite is important for another reason. Consequently, since it is the only aluminum hydroxide that can generate all transition aluminas, the great value of gibbsite is. Insignificant clay groups, neutral aluminium hydroxide sheets are found sandwiched between silicate sheets: the illite, kaolinite, and montmorillonite/smectite groups. The individual layers of aluminium hydroxide are similar to the individual layers of gibbsite and are known as the layers of gibbsite.