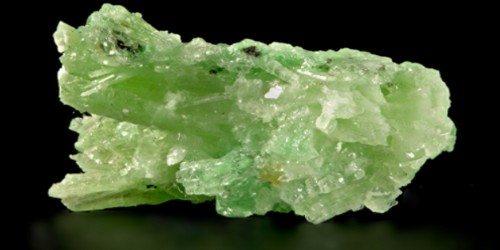 It occurs as disseminations and masses of opaque, metallic light bronze to brassy yellow grains which crystallize in the trigonal crystal system. It has a hardness of 4, a specific gravity of 5.82.

The mineral is also reported, again in association with millerite, from the ultramafic rocks of New Caledonia.