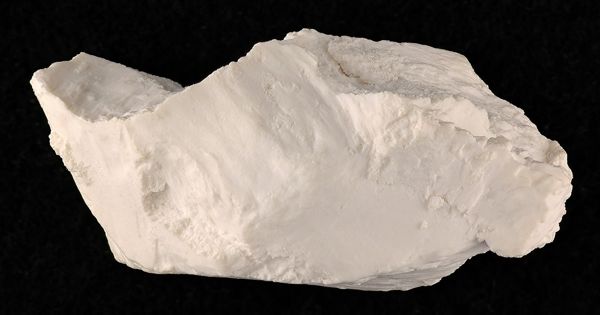 Hectorite is a trioctahedral, magnesium-based smectite clay. It is a rare soft, greasy, white clay mineral with a chemical formula of Na0.3(Mg, Li)3Si4O10(OH)2. It contains magnesium and lithium but only a very small amount of aluminum. It is a naturally occurring mineral belonging to the smectite group, but its natural occurrence is limited.

Hectorite was first described in 1941 and named for an occurrence in the United States near Hector (in San Bernardino County, California, 30 miles east of Barstow.) Despite its rarity, it is economically viable as the Hector mine sits over a large deposit of the mineral.

The unique properties of the hectorite active mineral are very small platelet size, an elongated platelet structure with an inherent negative charge counterbalanced by exchangeable sodium (Na+) ions, light color with low iron content and high viscosifying ability in water. Typically hectorite contains much less iron and titanium than bentonite and contains almost no alumina (being essentally a hydrated silicate).

Hectorite occurs with bentonite as an alteration product of clinoptilolite from volcanic ash and tuff with a high glass content. It is the common name for a relatively rare, naturally occurring clay and also the name of the active mineral in the clay. Hectorite is also found in the beige/brown clay ghassoul, mined in the Atlas Mountains in Morocco. A large deposit of hectorite is also found at the Thacker Pass lithium deposit, located within the McDermitt Caldera in Nevada. The Thacker Pass lithium deposit could be a significant source of lithium.

Hectorite is used in applications that require lighter color, higher viscosity, and thermal stability. It is mostly used in making cosmetics, but has uses in chemical and other industrial applications, and is a mineral source for refined lithium metal. Commercial applications include ceramics, cosmetics, high temperature organoclays for oil well drilling and paints/coatings.