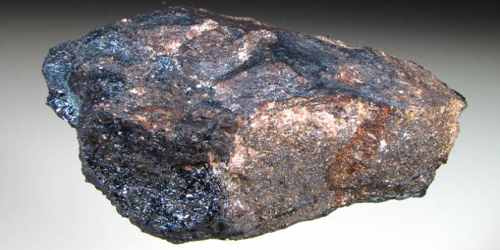 Hisingerite is an iron(III) phyllosilicate mineral with formula Fe23+ Si2O5(OH)4·2H2O. It is a mineral perhaps consisting of a black amorphous iron ore that is a hydrous ferric silicate. It is an iron silicate with a dark-brown or black color. It was first described in 1828 for an occurrence in Riddarhyttan, Vastmanland, Sweden. It was named after Wilhelm Hisinger (1766–1852), a Swedish chemist. Occurrence: A secondary mineral, formed from the weathering, or late-stage deuteric or hydrothermal alteration, of iron-bearing silicates or sulfides; by late-stage hydrothermal activity during sulfide ore deposition.