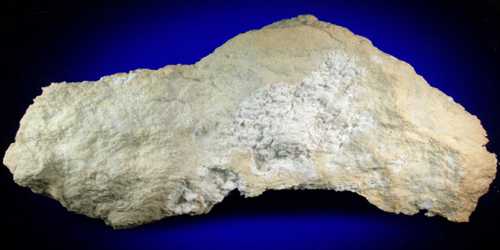 Huntite is a carbonate mineral with the chemical formula Mg3Ca(CO3)4. It is a trigonal-trapezohedral mineral containing calcium, carbon, magnesium, and oxygen. It was named in honor of Professor Walter Frederick Hunt of the University of Michigan in the United States and former chemist at the United States Geological Survey.

It can be found in localities in the United States, Australia, Uzbekistan, Canada, Hungary, Romania, Malaysia, and others. The most common industrial use of huntite is as a natural mixture with hydromagnesite as a flame retardant or fire retardant additive for polymers. Huntite often occurs in combination with other Mg/Ca carbonates such as dolomite, magnesite, and hydromagnesite. Large deposits of huntite occur in Turkey and Greece and these are commercially exploited because of its fire retardant properties. Huntite crystallizes in the trigonal system and typically occurs as platy crystals and powdery masses.

Huntite has been found in a variety of environments. For example, it occurs in the modern carbonate sediments of the tidal flats bordering the Persian Gulf, in seasonal salt lakes of Turkey, in various playa lakes of British Columbia (Canada), in lacustrine deposits of Greece and in modern sabkha sediments in Tunisia.