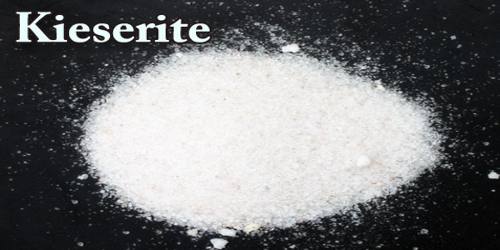 Kieserite (MgSO4·H2O) is the mineral for magnesium sulfate and found in deposits of evaporite. Named for Dietrich Georg Kieser (August 24, 1779, Harburg / Elbe-October 11, 1862, Jena), a German physicist and professor at Jena University. He also worked as a physician at the Heilbad Berka / Ilm therapy spas. Kieserite is colorless, grayish-white, or yellowish with a vitreous luster. Its hardness is 3.5, and the monoclinic crystal structure crystallizes. Gunningite is a member of the minerals group kieserite zinc. 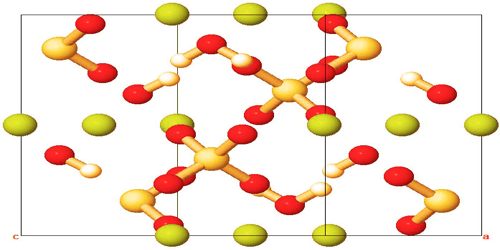 Kieserite also occurs as halite intergrowths, or as a result of carnallite and other potassium salts. Crystals are rare; {111}, {110} and {011} are usually bipyramidal. Occasionally strongly modified. Mostly solid, coarsely to fine-granular. It occurs often as a sublimate in marine evaporites, and rarely in volcanic settings. It occurs along with halite, carnallite, polyhalite, anhydrite, boracite, sulfoborite, leonite, epsomite, and celestine. Stassfurt, Ger.; Ozinki, Russia; western Texas; and New Mexico are sites of occurrence.

No information was entered into the database about health risks for this content. People should always be careful of handling mineral specimens. Mars Express, an orbiter of the European Space Agency, found evidence of kieserite in patches of Valles Marineris (the largest canyon in Mars), along with gypsum and polyhydrated sulfates in early 2005.  This is clear proof of the watery past of Mars and enhances similar discoveries made in 2004 by the Mars Exploration Rover Opportunity. 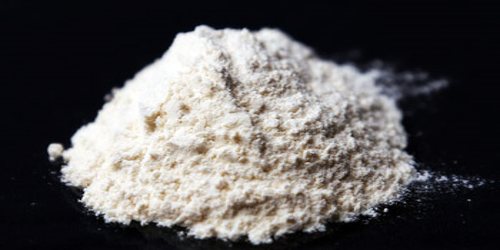 Kieserite is used as a fertilizer in the production of Epsom salt; overall annual global use in agriculture in the mid-1970s was 2.3 million tones. It is also used to clean hard water particles from bricks, blocks, and other lining materials for pools and fountains. Because of its hardness, which is larger than hard water deposits but less than tiles and other water features linings, removing them is blasted at the hard water deposits.